IPMAT 2020: Test on Google Forms, with many snags, complain students 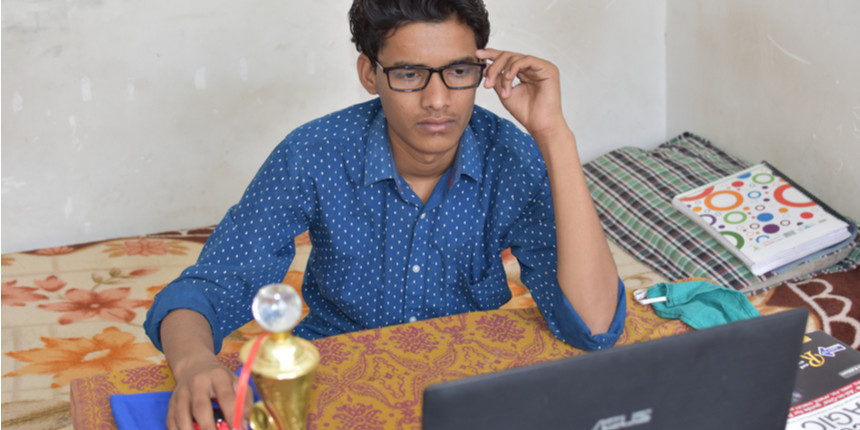 To their surprise, candidates discovered they were expected to answer questions on Google Forms, a tool generally used for surveys and data collection, not high-stakes exams.

Then, the process was replete with glitches. “When the test started I refreshed the page and filled in my information but when I submitted the form, the same page opened again,” said Borah. “ I filled in the information several times and wasted a lot of time in the process.” Borah, amid the floods in Assam, had no option but to travel two kilometres to a spot with proper internet speed.

This year, due to the outbreak of coronavirus, the institute conducted IPMAT 2020 through an “internet-based assessment” in the open-book format. It allowed candidates to write the exam online at home. The entrance test was conducted on July 20 for general candidates and on July 21 for disabled candidates.

In May, the institute had conducted three online proctored mock tests on a third-party software to familiarise the students with the exam pattern. But the actual exam was on Google Forms which does not allow proctoring - or invigilation.

“Google Forms cannot access anyone's microphones, webcams. Usually, Google Forms is used only to fill up forms but IIM Rohtak used Google Forms to conduct an exam like IPM which is very dangerous for candidates who have worked hard for months to get into IIM,” Borah complained.

Explaining the change in the use of software, Dheeraj Sharma, director of IIM Rohtak said, “The institute tried to conduct the exam with the TCS ion software but it just did not happen.”

Like Borah, other MBA aspirants criticised the structure and method of IPM Rohtak on social media.

“IIM Rohtak conducted IPM course entrance exam on 20.07.20 based on Google Forms with no real-time monitoring, no camera/audio monitoring, believing in the integrity of the candidate. High chances of cheating through team viewer, friends and coaching classes possible,” wrote one candidate on twitter.

Another student complained that their exam “started after 20 minutes”. They wrote on Twitter: “I am surprised to see such bad management of world-class...IIMs.”

Another student criticised the amount of time allotted as it was not enough to “complete all questions”. Calling it “the worst experience” the candidate further questioned the management of the entrance exam by a “world-class” institute.

Unable to submit the written ability test, or WAT, within the 30 minutes allotted, a student even uploaded her entire essay on Twitter which was later removed.

Borah, too, found it difficult to submit the essay exam. “My essay was less than 250 words but still, it showed the limit exceeded. By the time I could understand anything, I had only 10 seconds left. In a hurry, I accidentally deleted 50 percent of both my essays and submitted the form,” Borah said. WAT carries 20 percent of total weightage in the admission test.

Denying the allegations made by the students, Sharma said: “More than 10,000 students appeared for this examination and the total number of complaints that we have received are 79.”

“There is a large number of people who have made errors on their own like closing the exam, hitting the submit button before completing the test. It is a problem at their end, it is not our problem,” he added.

Even though the exam authorities had instructed students “to be alone in the room at the time of examination” the unhindered access to the internet allowed students to seek help from coaching centres.

“One of my friends, who also appeared for the test, told me how they were provided with the answers by their institute during the exam,” Borah said.

Every year, many MBA aspirants take year-long coaching or prepare on their own to write the exam.

Aspirants also questioned the quality of questions which can be easily searched online. Questions like the square root of 9999 and cube root of 5555 were asked in the aptitude test.

“There are 60 questions in which you need to apply intelligence, reasoning and logic within a short period of time. It is a level-playing field for everyone,” said Sharma. “ As far as I know, no coaching centre is operating due to the COVID situation.”