Jitin Prasada is technical education minister in UP government

Uttar Pradesh Chief Minister Yogi Adityanath announced the allocation of the department to Prasada on Monday. 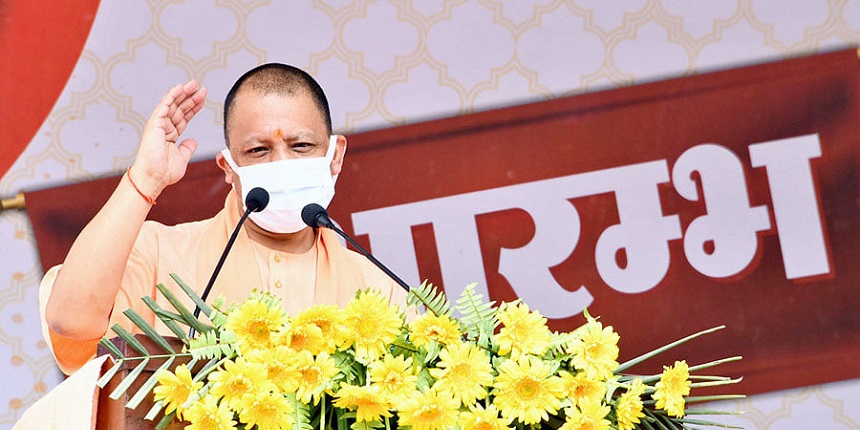 LUCKNOW: The charge of the Uttar Pradesh technical education department has been given to Jitin Prasada who was inducted into Chief Minister Yogi Adityanath's council of ministers on Sunday after crossing over to the BJP from the Congress in June.

The allocation of the department to Prasada was announced on Twitter by Adityanath on Monday. The portfolio was earlier held by Kamal Rani Varun who succumbed to Covid on August 2 last year. Prasada along with six other ministers took the oath of office and secrecy at the Uttar Pradesh Raj Bhavan on Sunday. While Prasada was administered oath as a cabinet minister, the six others were sworn in as Ministers of State.

Among the ministers of state, Chhatrpal Singh Gangwar has been given the revenue portfolio, Sanjeev Kumar got Social Welfare and SC & ST Welfare department while Dinesh Khatik got the charge of Jal Shakti and Flood Control, according to the chief minister's tweet. Paltu Ram has been given the Department of Sainik Welfare, Homeguard, Prantiya Raksha Dal and Civil Defence. Sangeeta Balwant has been the co-operative department, while the department of industrial development has been assigned to Dharamveer Prajapati.

Congratulating the new ministers, Adityanath in another tweet said, "All the ministers, who were inducted on Sunday have been given the responsibility of their departments. I am confident that under your leadership, the development of the departments concern will touch new heights."

Uttar Pradesh Governor Anandiben Patel had administered oath to the new ministers at the Gandhi Auditorium in the Raj Bhawan on Sunday in the presence of the chief minister. With the latest inductions, the constitutional limit of having a maximum of 60 ministers in the state has been reached. Sunday's expansion of the Council of Ministers headed by Adityanath was the second expansion. The first one took place in August 2019.