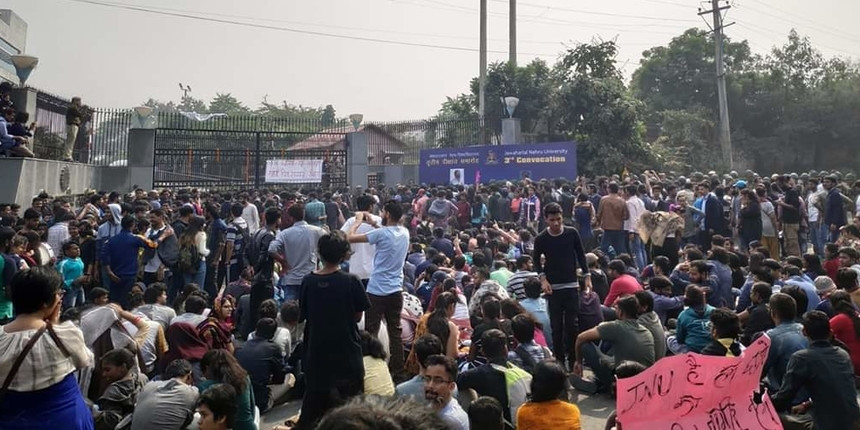 NEW DELHI: Hundreds of Jawaharlal Nehru University(JNU) students marched to the venue for the university’s third convocation at the auditorium of the All India Council for Technical Education on Monday as part of their ongoing protest against a hike in hostel fees. The convocation was attended by Vice President Venkaiah Naidu.

Visuals from the protest showed students shouting slogans as the police watched on from behind barricades. Some were dragged into buses and later in the afternoon, protesting students were hosed down with the police’s water cannons. Even the graduating students protested inside the venue. 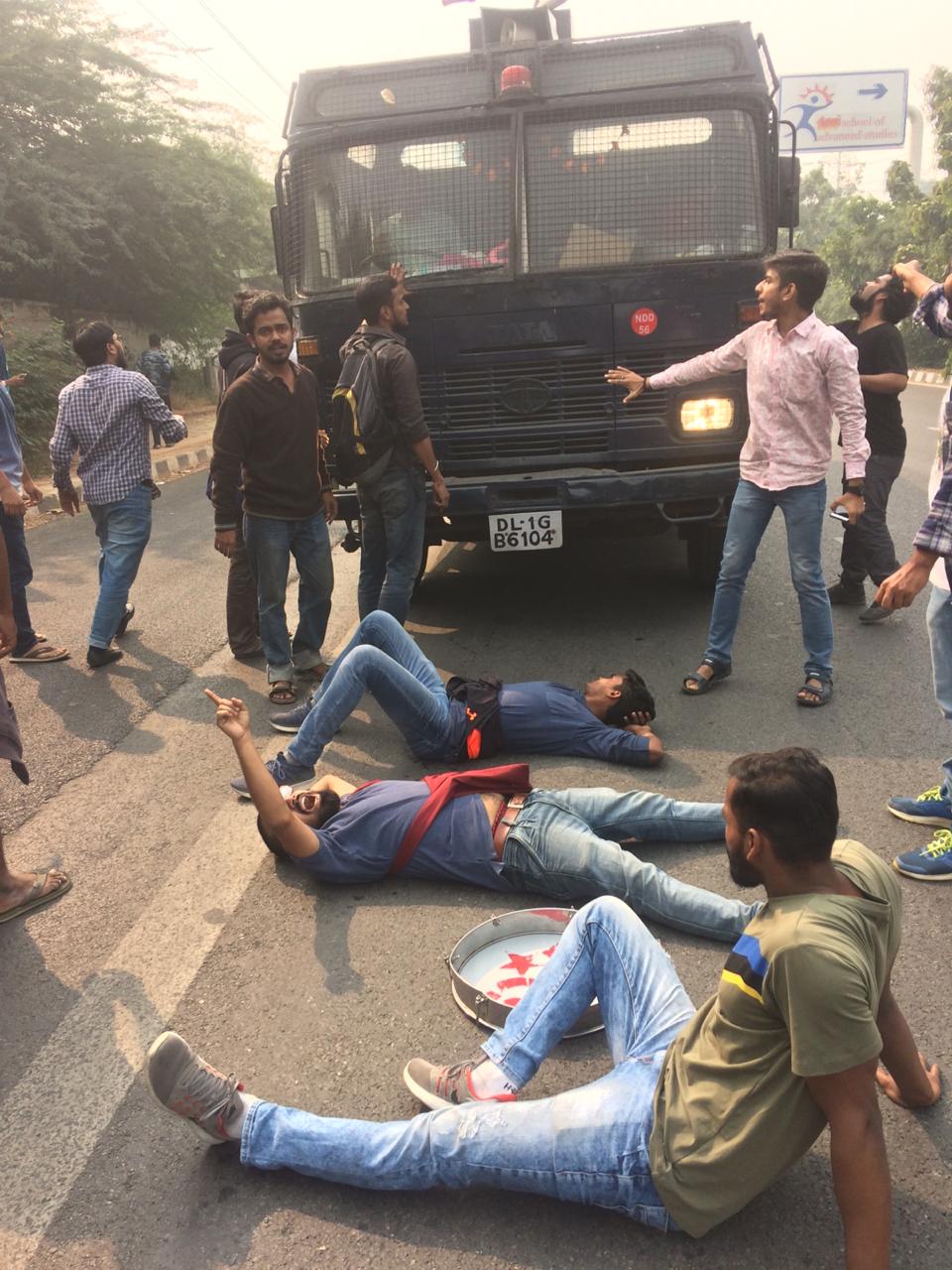 The protests began over a fortnight ago when the JNU administration put out the draft of a new hostel manual. The revisions allegedly included a fee hike and the imposition of a dress-code and stricter hostel timings.

The students describe the march as resistance against the “regressive hostel manual” and the “anti-student policies” of the administration.

Earlier, the JNU Students’ Union (JNUSU) had said in a statement: “The most outrageous and unacceptable [part of the manual] is the massive hike that the administration wishes to impose...The proposed fee hike is a whopping 999% more than the earlier one. More than 40% of students belong to the category of families with poverty cut-off line as suggested by the annual reports of JNU”. 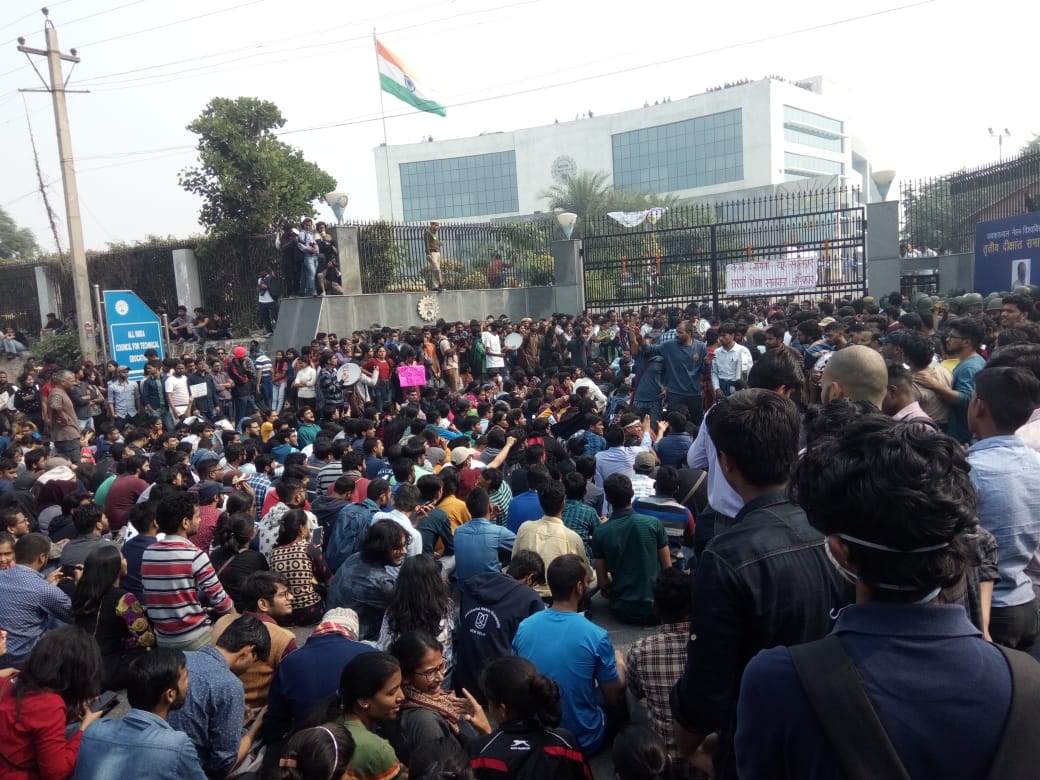 Hundreds gather at the protest venue

The students are arguing that the proposed fee hike will adversely affect students from low-income families. JNUSU also accused the administration of “abdicating responsibility” by not replying to their letters or representatives.

However, the JNU administration said that they have “persistently tried to engage the hostel presidents in constructive dialogues” and accused the students of “confining the provosts and hostel presidents, and prevent them from having any peaceful discussions by raising issues not relevant to the point of discussion”.

The official account of Ministry of Human Resource Development (MHRD) tweeted that the HRD Minister Ramesh Pokhriyal ‘Nishank’ has had a ‘positive dialogue’ with the protesting JNU students and that he has ‘assured them of a quick and appropriate solution to their problems’.

Update: The article has been updated to include MHRD's latest tweet on the issue.