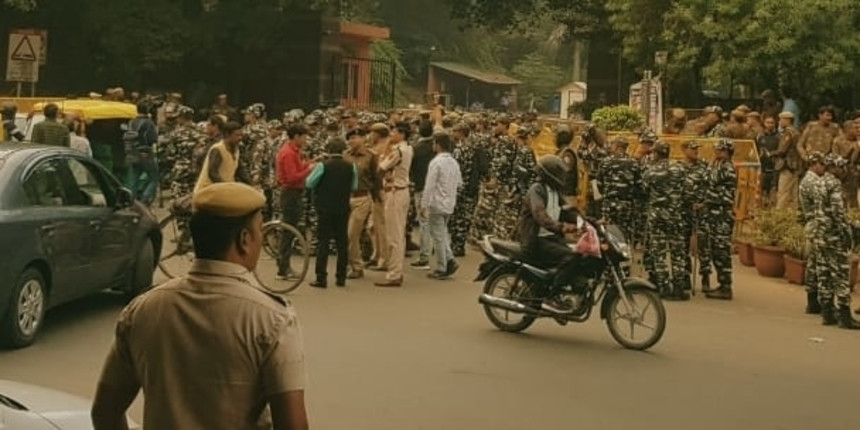 NEW DELHI: On the eve of Jawaharlal Nehru University students' "Long March" to Parliament in protest against the hostel fee hike, the Ministry of Human Resource Development (MHRD) established a "high-powered committee" to mediate between students and the university administration.

The committee, which will be supported by UGC, will include VS Chauhan, former University Grants Commission chairman; Rajnish Jain, secretary, UGC; and Anil Sahasrabudhe, chairman, All India Council for Technical Education.

The students' march was thwarted by Delhi Police and paramilitary personnel who had gathered right outside the university's campus in large numbers early on Monday. By afternoon, students broke through the barricades to start their march but at the time this report was filed, some of them had been detained by the police. According to media reports, the police had invoked Section 144 of the Indian Penal Code to prevent the gathering of students around campus and by afternoon, some students said they were being detained.

A section of students who broke away and continued their march got into a clash with the police near Safdurjung tomb. The students dispersed following a lathi-charge from the police which left a few students injured.

The Jawaharlal Nehru University Students' Union (JNUSU) has alleged police brutality against the students. "Complete rubbish being spewed by Delhi Police about us trying to take the law into our hands. The march was completely peaceful and was covered by the national media. They lathi-charged indiscriminately against our just demands of affordable education for all," said the JNUSU official twitter handle.

Meanwhile, the entry and exit gates of Udyog Bhawan, Central Secretariat and Patel Chowk metro stations have been temporarily shut down as advised by the Delhi police, the official account of Delhi Metro Rail Corporation tweeted.

The order issued on Sunday, November 17, says that the committee has been established "with a view to restoring the normal functioning of the Jawaharlal Nehru University through dialogue with all the stakeholders and to advise the university administration for resolution of contentious issues". 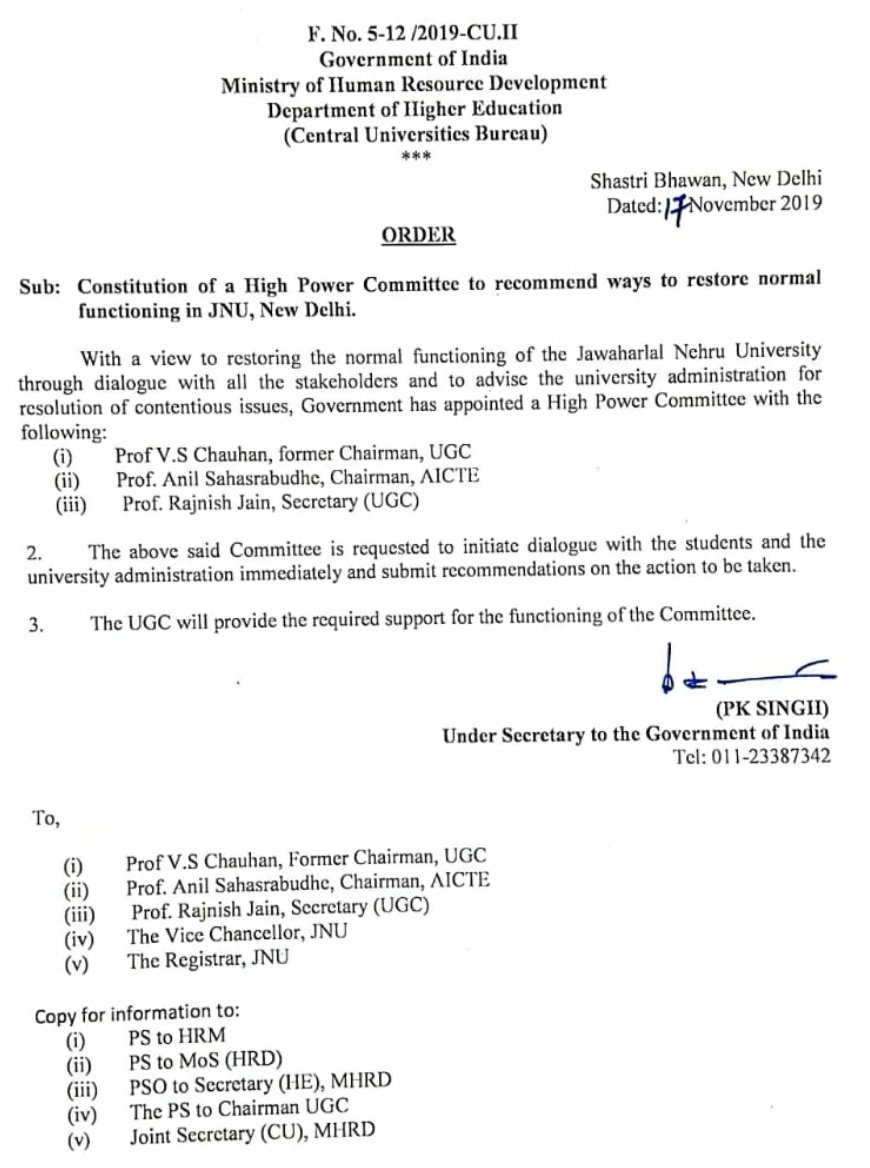 The "contentious issue" at hand is the steep hike in hostel fees that the university administration cleared last week. The university will now charge students for utilities (such as water and electricity) and for the services (such as mess, sanitation and other support staff). Even though students whose families live "below poverty line" are eligible for a 50 percent concession, the new charges still imply a significant increase in costs for them.

Immediately following this scheme's announcement, a member of the JNU Students' Union had quipped that this was essentially a "rustication order" for poor students. Massive protests followed and even on Monday, JNU students were to march from campus to Parliament.

JNU students on a "Long March" to parliament. (Credit: JNUSU)

Personnel from the Delhi Police and the Central Reserve Police Force were present in large numbers at JNU on Monday morning. Despite that, the students attempted to start their march. "They have to suspend fee hike while dialogue is happening," former JNUSU president, N Sai Balaji said. "If they haven't, this is another jumla. We demand complete roll-back, for all."

Update: This copy has been updated to include the latest developments