Jadavpur University Teachers Association (JUTA) on Friday slammed the decision of West Bengal Higher Education department to turn down the request of the premier state university. 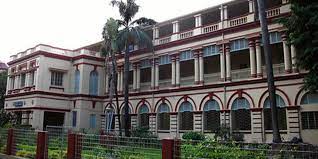 NEW DELHI: Jadavpur University Teachers Association (JUTA) on Friday slammed the decision of West Bengal Higher Education department to turn down the request of the premier state university to allow it admit students to science stream on the basis of online interview/discussions.

The Jadavpur university authorities last week had sent a proposal to the department to allow it to conduct admission to the science stream on the basis of marks awarded in the higher secondary examination as well as assessment made by the faculty on the basis of online interview/discussion with the students on 80:20 ratio. However, in its reply on Thursday, the higher education department said "with reference to your letter dated 23.07.21....I am directed to request you to follow the existing norms," indicating the earlier direction to the state universities not to conduct any admission test in any format for UG and PG courses." JU Pro-Vice Chancellor Chiranjib Bhattacharya said "we are yet to decide on the modalities after the higher education department reply.

We will take a decision very soon." JUTA, the representative body of JU faculty, said the move will severely compromise the high academic standard set by JU and an affront on the functional autonomy of the august institution. "Due to the COVID-19 restrictions we cannot organise any demonstration at the campus at present, but we will certainly chalk out other forms of protest soon," JUTA general secretary Partha Pratim Roy said.

"While private universities will be able to screen their students through their admission procedures, only state universities are singled out and their autonomy interfered with," he said. The university had last week decided if the 80:20 ratio formula for undergraduate (UG) admission (80 per cent weightage to higher secondary marks and 20 per cent weightage to online interview/ discussion assessment) to science stream was allowed, similar criteria will be used for arts stream. Roy also regretted that the state higher education department is yet to formulate any stand on the recent UGC guidelines to the universities about ways to conduct the semester exams which were already conducted in June by many universities.

"While the higher education department is too eager to stipulate the admission criteria of state universities, it is yet to take a call on the last UGC communication to universities in July about ways to hold semester exams, which has totally confused students and teachers at the same time where semester exams had been held in June already," he said.