Lockdown 2: UP sends 250 buses to Kota to bring back students 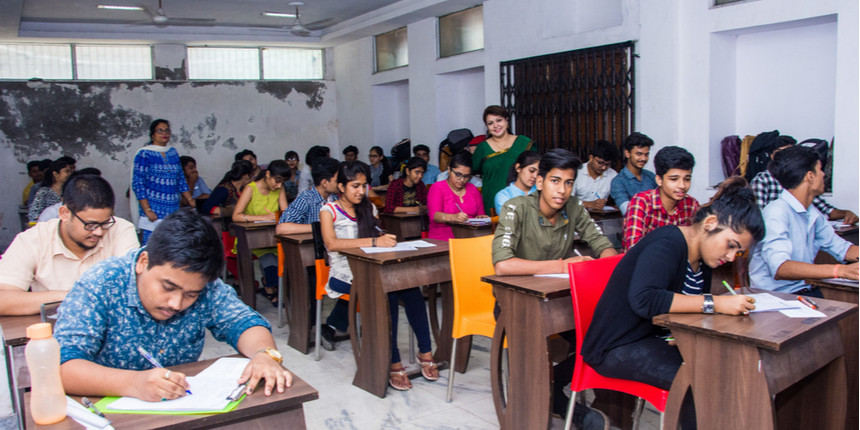 NEW DELHI: The Uttar Pradesh Government has sent 250 buses to Kota, Rajasthan, to bring back 7,500 students hailing from the state during ongoing lockdown.

Kota is a known hub for coaching centres and attracts many students preparing for engineering and medical examinations.

Around 7,500 students hailing from Uttar Pradesh live in hostels and paying guest accommodations in Kota while preparing for their entrance examinations, reported by Economic Times.

The nationwide lockdown imposed in the country shut down all educational institutions, including coaching centres, and stopped the movement of people to curb the spread of coronavirus. Many students have been anxious to get back to their homes in different states. Several parents had expressed their concern over their children remaining stuck in Kota under lockdown conditions.

As Careers360 earlier reported, a social media campaign called #SendUsBackHome was started on April 14 by the stranded students, following which the UP government decided to send around 250 buses to bring back approximately 7500 students hailing from the state to their families, officials told the Economic Times.

Rajasthan’s chief minister, Ashok Gehlot, has praised the UP Government’s decision and said that the move can be replicated for stranded students in other states and the state governments should ensure that these students reach back to their homes safely. Gehlot wrote on his Twitter page on April 17: “As the UP govt called back students of UP living in #Kota #Rajasthan, it can also be done for students from other states. Students in Kota can be sent to their home states on the consent of the concerned state govt so that these young boys & girls do not panic or feel depressed” About 250 buses from Uttar Pradesh reached Kota in Rajasthan on April 17 and will take back the students to their hometowns after thermal screening, according to various news reports.

Babu Lal Meena, the UP nodal officer appointed for the matter, told News18 that the students are being screened before being brought back to the state. “All those who are found fit during the checkup will be brought back soon,” he said.

Six pick-up points have been created in Kota near their coaching centres and the administration is helping these students to reach back home.

"We have enlisted the students district-wise to board the buses to travel to their hometowns in UP. They would be provided with face masks, sanitisers and food packets," Nitesh Sharma of Allen Career Institute told the Livemint.

An official told News18 said the Rajasthan government has also arranged nearly 100 buses to send the students hailing from UP back to their home in case the number of buses sent from UP falls short.

However, the Bihar CM Nitish Kumar objected to the initiative, saying “it’s an injustice to the principle of the lockdown” which has been imposed to contain the spread of the coronavirus in the country.

“The way special buses are being sent to ferry students from Kota, it is injustice with the principle of the lockdown,” he told NDTV.