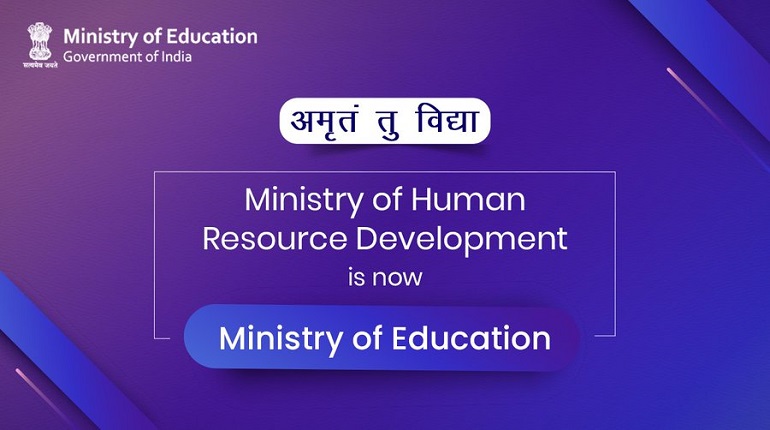 NEW DELHI: The Ministry of Human Resource Development (MHRD) has now been officially renamed the Ministry of Education (MoE). This rechristening of the ministry was done on the recommendation of the new draft National Education Policy (NEP). The draft was prepared by a panel of experts led by former Indian Space Research Organisation (ISRO) chief K Kasturirangan.

Both the draft NEP 2020 and the name-change were approved by the Union Cabinet on the same day, July 29. On August 4, the name was changed on the ministry’s official website as well as the education minister, Ramesh Pokhriyal ‘Nishank’s’ social media pages.

On August 14, President Ram Nath Kovind gave his approval to change the name of the HRD ministry to the Ministry of Education. A gazette notification was published and the change reflected on the websites. although the URL of the official website has not been changed and people can still reach the official website by searching mhrd.gov.in.

In 1985, the Ministry of Education was renamed as the HRD ministry. The last NEP was introduced in 1986 and amended in 1992. It's been almost three decades since the last policy.