The Union Public Service Commission has declared the final result for NDA (II) 2020 on its official website. 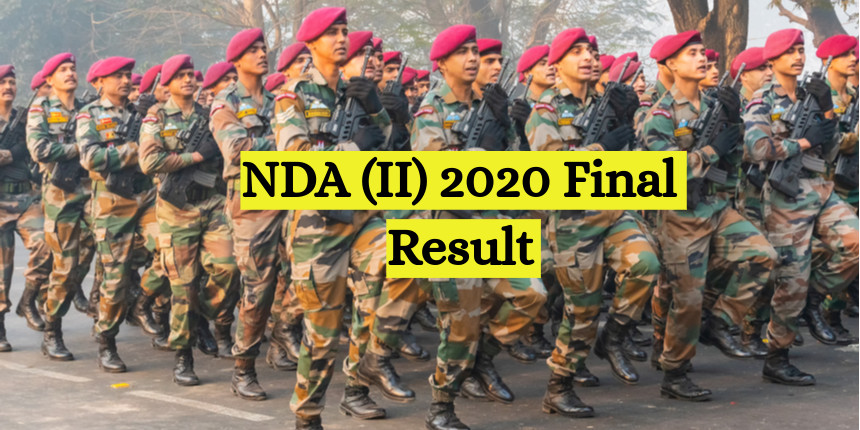 The final selection of the candidates has been made on the basis of their performance in the written test and the interview that has been taken by the Service Selection Board.

The following details are mentioned on the NDA (II) result.

The Service Selection Board conducted the interview for the shortlisted candidates for recruitment to Indian Army, Indian Air Force and Naval Academy. All the candidates who have been shortlisted, their candidature is provisional. Final shortlisted candidates will have to submit their the required certificates in support of date of birth and educational qualifications etc. claimed by them directly to the Additional Directorate General of Recruiting, Adjutant General’s Branch, Integrated Headquarters, Ministry of Defence (Army), West Block No.III, Wing–I, R.K Puram, New Delhi -110066 wherever this has not already been done and NOT to UPSC.