NEET 2019: Exam to be held in offline mode in single session only 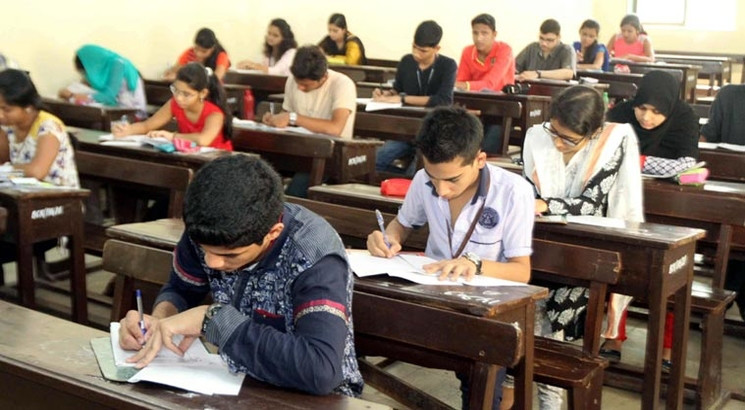 NEW DELHI, AUGUST 21: NEET will remain a single window eligibility-cum-entrance test and will be conducted in pen & paper mode only for 2019, a press release issued by the Ministry of Human Resource Development (MHRD) on August 21 has confirmed. The MHRD has clarified that the decision to revoke the proposed changes to the exam, as per which it had been scheduled to be held two times in online mode, has been made on the request of Ministry of Health and Family Welfare (MoHFW) since it wanted to maintain the status quo in the NEET exam pattern for one more year.

As part of the press release, details about the paper pattern and the exam schedule have also been released. The exam will be now be conducted in a single window on Sunday, May 5 for which the registration process will start on November 1 and the hall ticket will be made available from April 15. 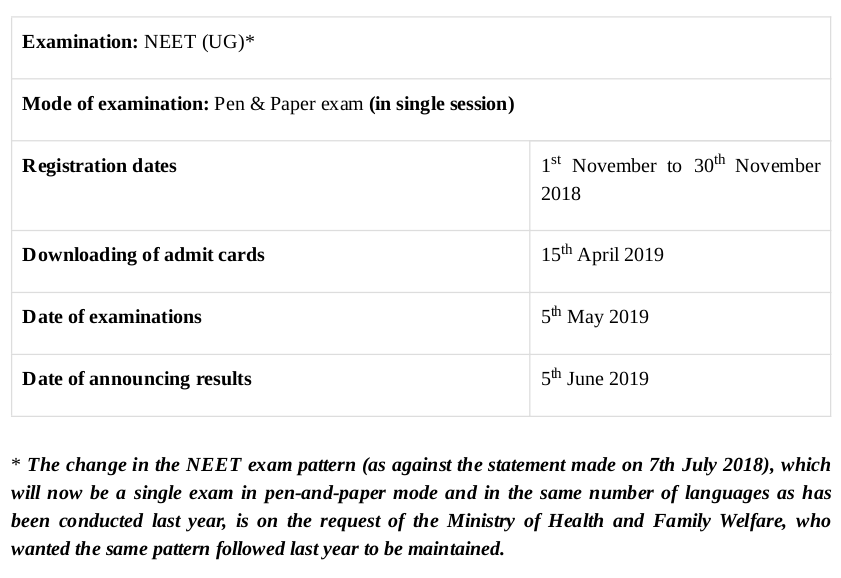 NTA had previously released a notification on July 7 confirming that the National Eligibility cum Entrance Test (NEET) along with JEE Main, UGC NET CMAT and GPAT would be conducted in online mode as a Computer Based Test (CBT). The rumours of NEET being conducted annually and in offline mode were emerging from the past few weeks on the basis that the MoHW was not pleased with these many changes in the exam. The reason given for this was the Ministry believed that appearing for a CBT would not be feasible for candidates coming from rural backgrounds. NEET is the largest medical entrance exam and it decides the fate of almost 90% of medical aspirants. The MoHFW believed that it had to be regulated in a way that is convenient for students. The health ministry also had issues with the MHRD making a public announcement about NEET without any prior consultation. As many as eight problems were listed out by the MoHFW including the concerns around students facing difficulty in balancing their medical exam preparation and board preparation.

While the National Testing Agency (NTA) may now still be responsible for conducting the medical exam, it won’t be able to fulfill its role of bringing the much-touted qualitative changes in the examination process. The reason is that all of its proposed features like “services of Experts, Researchers, Statisticians, Psychometricians, Test Item Writers and Education Specialists” will not be applicable in a test which is conducted in offline mode. The standardisation techniques to equate the scores of the candidates will not be used as the exam will be now be conducted only once next year.

How does the revocation affect students?

Along with NEET, NTA also released the schedule of the other exams it would regulate next year, including JEE Main, CMAT, GPAT and UGC NET. The agency has announced that it will establish a total of 2,697 practice test centres for each of these exams which, unlike NEET, will be held as CBTs. The practice centres will be open from September 1, 2018.