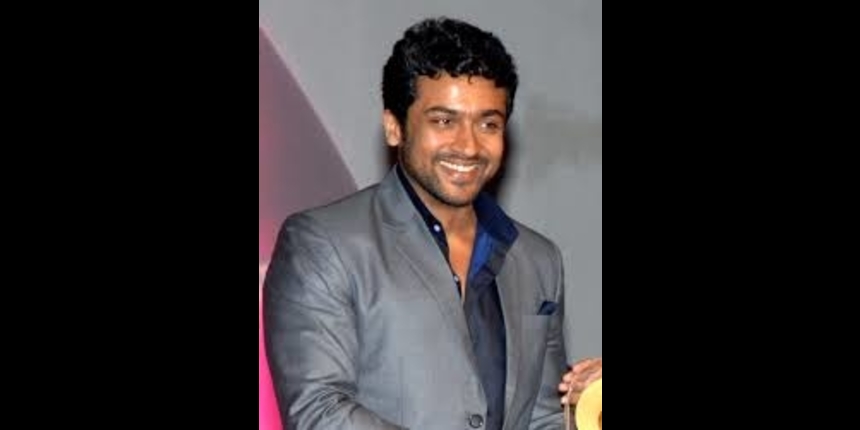 CHENNAI: Tamil Nadu witnessed yet another row linked to NEET on Monday with actor Surya saying court functioned virtually but asked students to appear for the test, prompting a Madras High Court judge to seek contempt action against him, while six former judges took a stand against it.

While the Tamil Nadu Advocates Association backed the judge and sought contempt proceedings against the film personality, a section of prominent advocates too opposed such a move.

It all began with the 'Singam' fame actor pitching for a united voice of the Tamil society against NEET, which "set fire to the dream" of students from ordinary families to become a doctor.

Pointing to the alleged suicide of three students in a single day on September 12, he said: "If we are not vigilant enough, it will happen again and again. We should not be mute spectators to the deaths of innocent students."

The government, which should ensure equal opportunities for all, however enacted a law for an education system that created inequalities, he alleged. Those who did not understand the realities in the lives of the poor and ordinary students devised education policies, he claimed.

"...the court, that rendered justice through video conferencing, ordered students to sit for examination without fear," the actor said. Justice S M Subramaniam, in a letter to the Chief Justice A P Sahi said the statement "amounts to contempt of court as the integrity and devotion of the honourable judges as well as the judicial system of our great nation are not only undermined but criticised in a bad shape, wherein there is threat for the public confidence on the judiciary."

Surya has "committed contempt, warranting contempt proceedings to uphold the majesty of our Indian judicial system," the Judge said. Six former Judges of the Madras High Court, in a letter to the chief justice said contempt action, as requested by the judge, was not required.

When "four students have committed suicide, unable to meet the NEET requirement and in a surcharged atmosphere, an artistic person's overreaction should not be taken seriously and out of context," Justice K Chandru and five others, including Justice K N Basha and Justice T Sudanthiram, said.

Tamil Nadu Advocates Association president S Prabakaran said the actor's statement does not fall under the category of freedom of speech and it has led to a debate. The actor's remarks are "highly condemnable, downgrading the judicial function, defaming the honourable judges cannot be accepted and he should be dealt appropriately and he should face the contempt proceedings," the TNAA chief said.

Surya's remarks were nothing but a hate speech and the actor must withdraw his statement, Prabakaran said.

Meanwhile, a section of lawyers, led by noted advocates N G R Prasad and Sudha Ramalingam, wrote to the Chief Justice against contempt proceedings. They said: "whether the courts should function physically or not is for the committee of judges, presided over by the Chief Justice, to decide. However, the actor's statement is only an expression of an opinion and cannot amount to contempt. If a request is made, that too by a High Court Judge, for initiation of contempt proceedings, then nobody can express their opinion. Of late, every criticism of the judiciary is being seen as contemptuous. As practicing lawyers, we feel that if expression of an opinion is treated as contempt, it would amount to stifling freedom of speech and expression. This would have a chilling effect on basic constitutional guarantees."