The National Education Policy 2020 promotes the concept of cluster universities. Some states have already tried it, including Odisha. But why did its first, Khallikote Cluster University, fail? 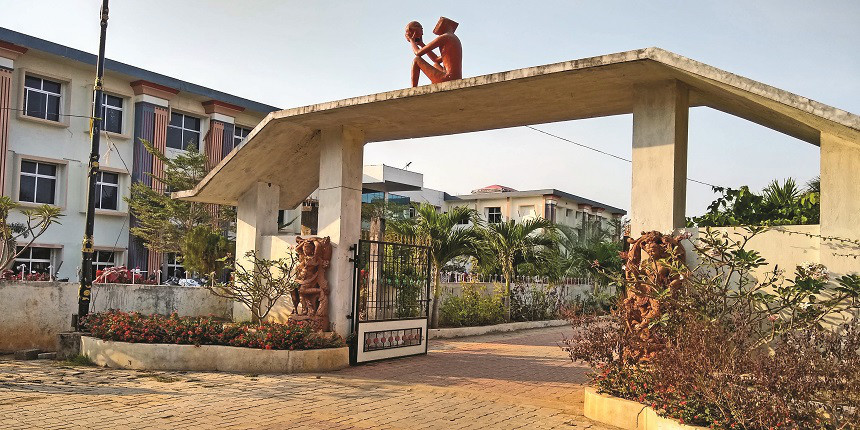 NEW DELHI: In 2015, the Odisha government announced a new model of higher education for the southern part of the state. In it, five colleges affiliated to different universities were brought together to create a ‘cluster university’ in Berhampur. The nodal college selected was the 100-year old Khallikote College, and the cluster university was named Khallikote Cluster University. However, just five years down the line, in 2020, the state government scrapped the experiment. The university became the unitary institution Khallikote University, and all five colleges which had been linked to it have returned to their previous affiliating universities.

Those involved in that experiment have a cautionary note for the Centre. The new National Education Policy (NEP), cleared in 2020, also suggests a cluster university approach to improving access to quality education in different parts of the country. But the Odisha experiment and around half a dozen other cluster universities that have come up in different parts of the country over the past few years, owe their existence to the central scheme for promoting higher education launched in 2013, the Rashtriya Ucchatar Shiksha Abhiyan (RUSA).

Academics, university administrators and officials, who were part of the five-year journey, told Careers360 there were multiple reasons for the cluster university’s failure but the most important of them was the absence of a clear framework and regulations by which to run it.

“The [Odisha] government wanted to have a new kind of concept as in the past few years many of the autonomous colleges have been converted into universities,” said Mrutyunjay Swain, associate professor and head of the department of economics and management, Khallikote University. “Here, the Odisha Government brought together five colleges in Berhampur for sharing resources, intellectual capabilities of these colleges and create a centre of excellence for this region,” he said.

Although the cluster university was set up in 2015, admission and the first academic session in the new structure started only in 2018 and with just 30 postgraduate students. Operating from the Khallikote Autonomous College campus, the cluster freshly appointed 32 faculty members in six departments against 42 sanctioned posts.

It began functioning with a shortage of practically everything – students, staff and infrastructure.

Although the state government provided an initial grant of Rs. 55 crore, the first problem that the university faced was related to infrastructure.

The KCU had launched six departments and was provided space in the Khallikote College. But the college already had 19 undergraduate departments of its own and over 4,500 students enrolled. It was already facing a space crunch when its status as the centre of the new cluster university added to its burden.

Then, in addition to the undergraduate and university departments, the college premises also served as the campus for the Khallikote Junior College. Over 4,500 students enrolled in the junior college – equivalent to Classes 11 and 12 – divided in arts, science and commerce streams, studied on that campus. The junior college had been operating from those premises since 2007.

“To run a university, you need a good quality laboratory for research and other activities, the Khallikote College had its laboratories but they were not up to the postgraduate level or up to PhD level,” said incumbent Vice-Chancellor of the now unitary university, Prafulla Kumar Mohanty. 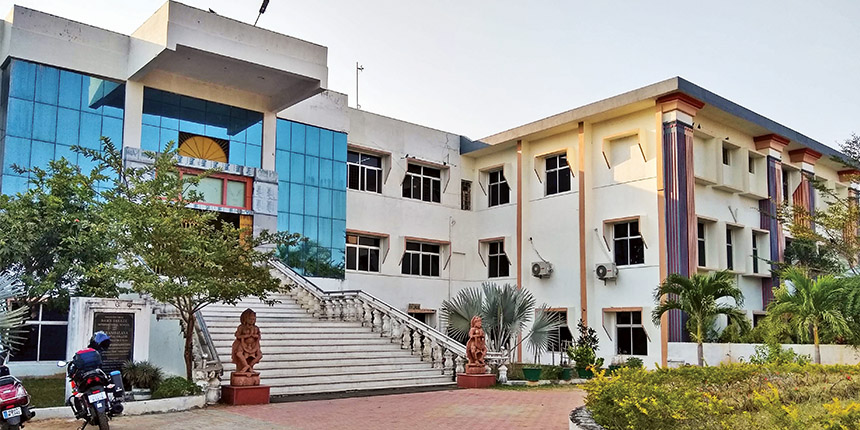 A former faculty member said that the ministry of education, then still called the ministry of human resource development, released Rs. 12.26 crore under RUSA for the first phase of construction. However, after two years, the Central Public Works Department (CPWD) found there was no water at the site for even construction and the area was too rocky. The state government decided to identify a new site for the university.

While most public institutions in India have an adverse student-teacher-ratio, the cluster university had the opposite problem. It began with more teachers than students.

Then, as the administrators wrangled with infrastructure problems, three of the 30 students in the first batch of 2018, collected their college leaving certificates (CLCs) and left for other colleges. The student strength dropped to 27 and the student-teacher-ratio became even more unsustainable.

There were reasons for the tepid response from students. Chief among them, said Ashok Dash, was the high fee structure. The fee of a two-year course in the university was close to Rs. 1.44 lakh, prohibitive for most families of the area. Similar courses were being offered by other colleges at a fee of Rs. 10,000-20,000. This was the second major reason for the project’s failure. “The university was located in one of the lower-income regions and to get students to pay such high fee was asking for way too much,” he said.

Mohanty and other faculty members conceded that the fee structure was high. “It is true that because of high fees many of the students were not willing to take admission in the courses offered by the university,” Mohanty said. Now that the institution is a unitary university, the fees of all courses have been revised. It no longer includes components like transport or dress which it earlier did.

The third reason was infrastructure and funds. Ashok Dash said that the university was established under RUSA and when it was taking long to take off, “there was demand for returning the RUSA funding”, he said. “The state was giving Rs. 1 lakh as salary grant and around Rs. 10 lakh for other expenses,” he said. “With this amount of money, how can a university with six departments survive?”

There was a fourth reason for the university’s failure to draw students in its first year – it had no staff or syllabus during the admission season of 2018.

The university began functioning in May of that year and the faculty members joined their departments in June and only then began designing the courses. Since the programme structure and courses were to be different from what was being followed at the colleges, they had to be “freshly designed” and that took time, said Panigrahi.

Because admission at most higher educational institutions offering general education ends by July, there were very few students left to join by the time the departments were done framing the syllabi and were ready to receive students in September 2018.

The cluster university ran its academic sessions for two years and every year it would admit a small number of students. It admitted around 30 in both 2018 and 2019. By 2020, everyone involved conceded the project was not working. The state government scrapped its cluster university status and turned Khallikote University into a standalone institution.

The scrapping initially led to confusion over the degrees of the students enrolled it its courses but it was later clarified that students of these five colleges already enrolled under the banner of Khallikote Cluster University will continue their studentship under that till they complete their courses.

The Vice-Chancellor Prafulla Mohanty said there will be no impact on the students as they are completing their education as they were meant to and will be awarded degrees of Khallikote Cluster University.

“I joined this university for better career scope and the teaching experience has been good. I am yet to get a job but gained a lot of knowledge here,” said Nihar Ranjan Parida who had joined the master’s programme in natural resource management and geo-informatics under the cluster university and does not regret it despite the failure of the project.

The central idea behind the cluster university approach was the sharing of resources between institutions of an area. Mohanty said that Khallikote was one of the oldest and best colleges in the country and the state government wanted to create a good model of education by bringing together five colleges located around it.

“The idea was that students and teachers could use the laboratories, teaching and other facilities of each other for better teaching and research,” said Panigrahi. With this aim, the Odisha government decided to create the cluster in Berhampur by pooling the resources of five colleges, as each was good in some department.

The policy-makers also decided that additional manpower, teaching and non-teaching, was to be recruited to support the existing teachers of the five colleges, added Panigrahi. “But for all this to function smoothly, there was a need for regulation, which was not there,” he explained. “For example, some principals had to work under the vice-chancellor, but they would raise questions like, ‘When the government has not issued such order, why would we function under him?’” He also said there was reluctance to depute college teachers to work under the university as they were appointed by the Government of Odisha and not the university.

Mohanty said that the university came up completely anew but modalities had not been finalised. “Because of administrative deficiencies, things could not materialise,” he said.

Unlike the teachers, university officials believe that Rs. 55 crore which the project received as an initial grant was sufficient to begin operations as the basic infrastructure was already there. “The problems were more to do with the modalities, how the university would function on a day-to-day basis. The organisational structure was also not defined. There was a need for proper Acts, statutes and other structures – something similar to central or state universities – to make them function as a university,” Panigrahi said. Universities are established under Acts of Parliament or state legislatures and the provisions of the Acts form the guiding frameworks for the functioning and administration of the institutions. There was no law anchoring the Khallikote Cluster University.

In consequence, there was confusion. Colleges which were made part of this cluster in Khallikote by detaching them from Berhampur University did not realise the objective behind the initiative or the sharing of resources to the benefit of all students.

Then, some problems were purely administrative.

Panigrahi explained that typically, when a college is converted into a university, all non-teaching staff of that college become part of the university. The faculty members, however, are not employees of the colleges but of the State Public Service Commission. So, the university had to recruit its own faculty members. The colleges did not share resources to teach each other’s students as was intended but the cluster ended up with a separate set of students and teachers.

The Khallikote University now remains focused on research, said the Vice-Chancellor. Although the faculty members are teaching at the university, they are also engaged in high-quality research. “As many as 28 faculty members of the university are involved in 18 research projects right now being funded by different [government] agencies like the DST, ICMR, DBT and ICSSR,” said Mohanty.

For Panigrahi, the Khallikote Cluster University experiment was an opportunity to learn, not just for the council and the Odisha government, but also for the higher education regulator, University Grants Commission (UGC). AK Das, vice-chairman, Odisha Higher Education Council, agreed. “In the absence of any regulations, state governments cannot go either way. To make this model a success it is very important to have proper regulations in place and a funding pattern,” he said. “It is the same for NEP. Tomorrow in the absence of regulations and guidelines, how are we going to implement it? The government must create proper regulations for its implementation and various schemes under it.” 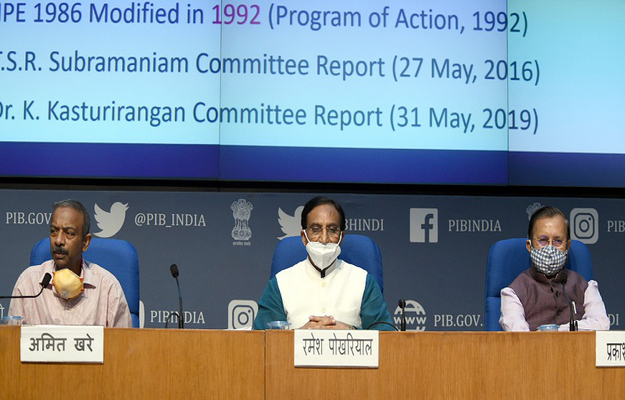 Your Khallikote University, Berhampur brochure has been successfully mailed to your registered email id “”.