NMC Bill to be introduced in Parliament on July 30; IMA calls nationwide strike on July 28 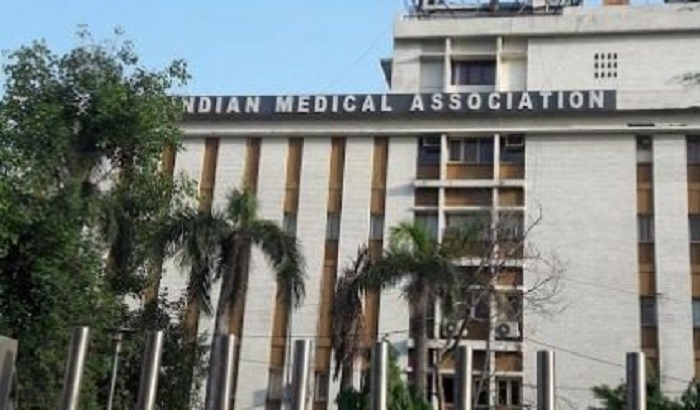 NEW DELHI, JULY 27: The Indian Medical Association (IMA) has declared a one-day strike across the country on July 28 against the National Medical Commission (NMC) Bill. The Government is likely to table the Bill in the Parliament on Monday, July 30, IMA has been opposing the Bill calling it ‘pro-rich’.

The doctor’s body has said that all private hospital services like OPD, planned surgeries will be shut on Saturday, July 28. However, emergency services will remain functional. The IMA has been alleging that once the Bill is passed it will lead to privatisation of medical education and would also escalate health care expenses.

Based on suggestions of NITI Aayog, the Government has planned to overhaul the medical education and healthcare sector and one of the key provisions of the Bill seeks to create the National Medical Commission by replacing the existing Medical Council of India (MCI). The initial Bill allowed for a ‘bridge course’ to allow Ayush doctors to prescribe ‘modern’ medicines, which has been withdrawn now in the amended Bill.

Dr Parthiv Sanghvi, Secretary, IMA, Maharashtra said that the Bill is now expected to be tabled on Monday. So, we have decided to go on a full-day strike on Saturday to show the government what the IMA is capable of doing.

IMA, in an official statement released on Thursday, has declared the Bill to be crassly pro-rich even after the proposed amendments. The body is also claiming that the medical education will become inaccessible to candidates from the financially weak background and would produce doctors from the rich and urban sections of the population.