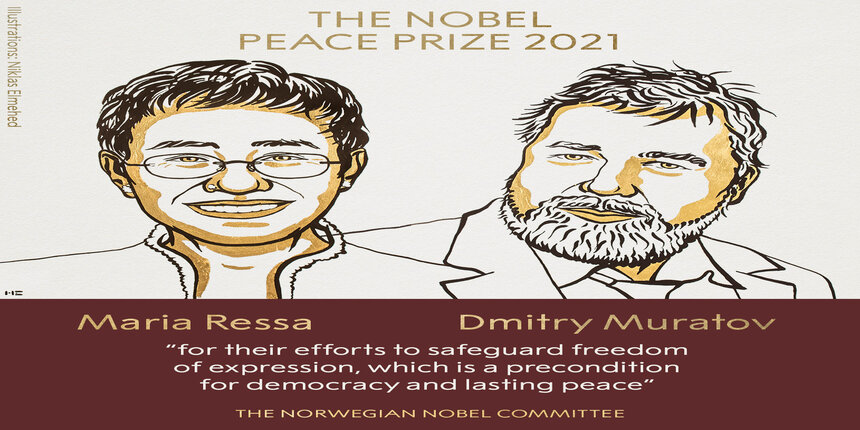 NEW DELHI: Journalists Maria Ressa of the Philippines and Dmitry Muratov of Russia won the 2021 Nobel Peace Prize on Friday for their fight for freedom of expression in countries where reporters have faced persistent attacks, harassment and even murder.

Ressa and Muratov were honored for their “courageous” work but also were considered “representatives of all journalists who stand up for this ideal in a world in which democracy and freedom of the press face increasingly adverse conditions,” said Berit Reiss-Andersen, chair of the Norwegian Nobel Committee.

BREAKING NEWS:
The Norwegian Nobel Committee has decided to award the 2021 Nobel Peace Prize to Maria Ressa and Dmitry Muratov for their efforts to safeguard freedom of expression, which is a precondition for democracy and lasting peace.#NobelPrize #NobelPeacePrize pic.twitter.com/KHeGG9YOTT

Ressa in 2012 co-founded Rappler, a news website that the committee noted had focused critical attention on President Rodrigo Duterte's "controversial, murderous anti-drug campaign" in the Philippines. She and Rappler “have also documented how social media is being used to spread fake news, harass opponents and manipulate public discourse,” it said.

Dmitry Muratov – awarded the 2021 #NobelPeacePrize – has for decades defended freedom of speech in Russia under increasingly challenging conditions. In 1993, he was one of the founders of the independent newspaper Novaja Gazeta, @novaya_gazeta.#NobelPrize pic.twitter.com/AXF8a3CDGZ

#NobelPrize laureate Maria Ressa uses freedom of expression to expose abuse of power, use of violence and growing authoritarianism in her native country, the Philippines. In 2012, she co-founded Rappler, @rapplerdotcom, a digital media company for investigative journalism. pic.twitter.com/C8W8NBqY7T

Muratov was one of the founders in 1993 of the independent Russian newspaper Novaya Gazeta, which the Nobel committee called “the most independent newspaper in Russia today, with a fundamentally critical attitude towards power.” “The newspaper's fact-based journalism and professional integrity have made it an important source of information on censurable aspects of Russian society rarely mentioned by other media,” it added, noting that six of its journalists were killed since its founding.

Ressa, the first Filipino to win the peace prize and the first woman to be honored this year with an award by the Nobel committee, was convicted last year of libel and sentenced to jail in a decision seen as a major blow to press global freedom. Currently out on bail but facing seven active legal cases, Ressa, 58, said she hopes the award will bolster investigative journalism “that will hold power to account.” “This relentless campaign of harassment and intimidation against me and my fellow journalists in the Philippines is a stark example of a global trend,” she told The Associated Press.

Muratov, 59, told reporters he sees the prize as an award to Novaya Gazeta journalists and contributors who were killed, including Anna Politkovskaya, who covered Russia's bloody conflict in Chechnya. “It's a recognition of the memory of our fallen colleagues,” he said. “Since the Nobel Peace Prize isn't awarded posthumously, they came up with this so that Anya could take it, but through other, second hands," Muratov said, referring to Politkovskaya.

According to the Committee to Protect Journalists, 17 media workers were killed in the Philippines in the last decade and 23 in Russia. Muratov said that he would use part of his share of the 10 million Swedish kronor (over $1.14 million) prize money to help independent media as well as a Moscow hospice and children with spinal muscular problems. Former Soviet leader and 1990 Nobel Peace Prize laureate Mikhail Gorbachev used some of his award money to help fund what would become Novaya Gazeta. He congratulated Muratov on Friday, calling him "a wonderful, brave and honest journalist and my friend.” 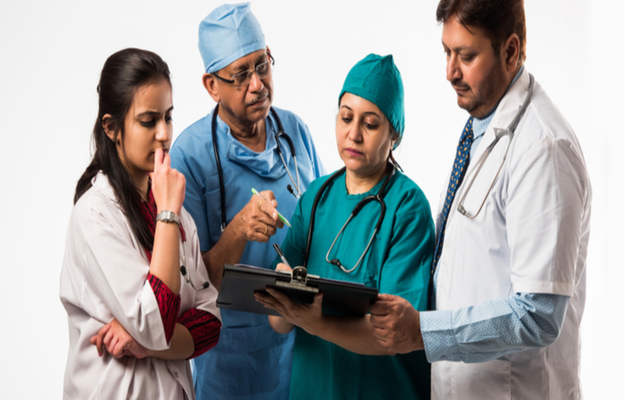 Why an MBBS in Hindi is still a long way off