NTA likely to conduct CLAT from next academic year; yet to seek SC nod 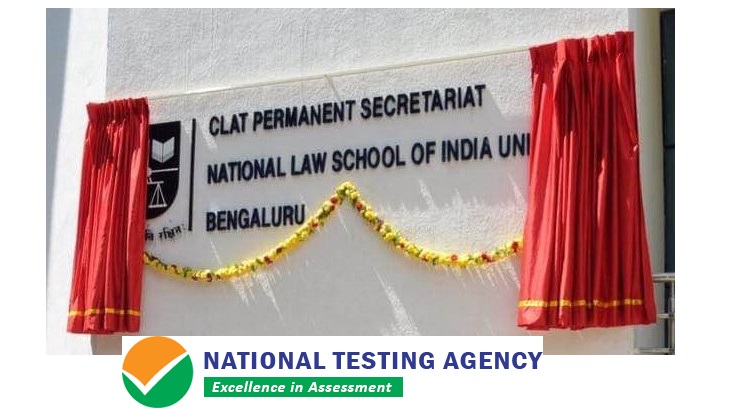 NEW DELHI, OCTOBER 24: The Common Law Admission Test (CLAT) can be administered by National Testing Agency (NTA), if the Supreme Court orders so. In an interesting turn of events, to streamline conduct of CLAT from the academic year 2019-20, the NTA has shown its interest to conduct the most coveted national-level law entrance examination for admissions into the 21 National Law Universities (NLUs).

Before the NTA, similar interests had been, earlier shown by the Bar Council of India (BCI), which is apparently the regulatory body of Indian Legal Education.

The CLAT till last year was administered by one of the participating NLUs in rotation of the year of their establishment. Last year’s, CLAT was held by the National University of Advanced Legal Studies (NUALS) Kochi.

Further this year, the CLAT Permanent Secretariat, established by an NLU Consortium with its office at the National Law School of India University (NLSIU) Bangalore, has decided to conduct the CLAT 2019.

However, if the Supreme Court agrees, it’s very unlikely that either of the NLUs or the CLAT Permanent Secretariat or the BCI is going to conduct CLAT 2019, while the examination will be will be administered by NTA.

Prof Shamnad Basheer, three years ago, had filed a Public Interest Litigation (PIL) in the Supreme Court to streamline the conduct of Common Law Admission Test with the establishment of a permanent conducting body, arguing that the law examination has undergone various forms of discrepancies and maladministration including CLAT question paper errors and inconsistent policies.

Meanwhile, the MHRD which was apparently one of the respondents in Prof Basheer’s 2015 PIL, had made it clear that it is not considered with the conduct of CLAT, therby the Prof Shamnad’s plea for the institutional reform hinged upon the response of BCI and NLUs.

However, three years down, during a SC hearing of NEET, the apex court asked whether NTA would be interested to conduct CLAT as well besides NEET-UG, JEE, CMAT, CPAT and University Grants Commission NET. In a written response to the Supreme Court, the National Testing Agency has filed an affidavit on October 22, 2018, in Prof Basheer’s plea stating, “NTA is willing to take up the responsibility for conducting the CLAT examination from the Academic session 2019-2020 onwards, if desired by this Hon’ble Court.”

The NTA affidavit also claims to have the best subject experts and apt IT delivery and security arrangements to conduct CLAT 2019. It further reads, “Under the aegis of the NTA, the best subject matter experts, psychometricians and IT delivery and security professionals will ensure that the current gaps in existing assessment systems are properly identified and bridged.”

Making this more interesting, the Bar Council of India has reiterated that the council has the exclusive prerogative to conduct CLAT, relying on its powers to regulate Indian Legal Education standards under the Advocates’ Act of 1961. The BCI’s affidavit also claims to have successful conduct of All India Bar Examination (AIBE) over these years. The affidavit reads, “The answering respondent (BCI) has been successfully conducting the All India Bar Examination (AIBE) under the orders passed by this Hon’ble Court and has appointed Committee of experts to conduct the same since year 2011, there has been no complaint from any corner with regard to fairness or impartiality of these exams.”

It further reads, “The monitoring committee of All India Bar Examination is headed by a former Judge of this Hon’ble Court and it also consists of noted academicians. The elected members of Bar Council of India are not involved with the process of monitoring the said examination and that the answering respondent Bar Council of India has the requisite expertise as it has been conducting AIBE without any major hiccups until now.”

The Common Law Admission Test, commonly called as CLAT for the year 2019 till date has been decided to be conducted by the National Law University Odisha, Cuttack under the guidance of CLAT Permanent Secretariat. The CLAT 2019 will be held offline on May 12, 2019.