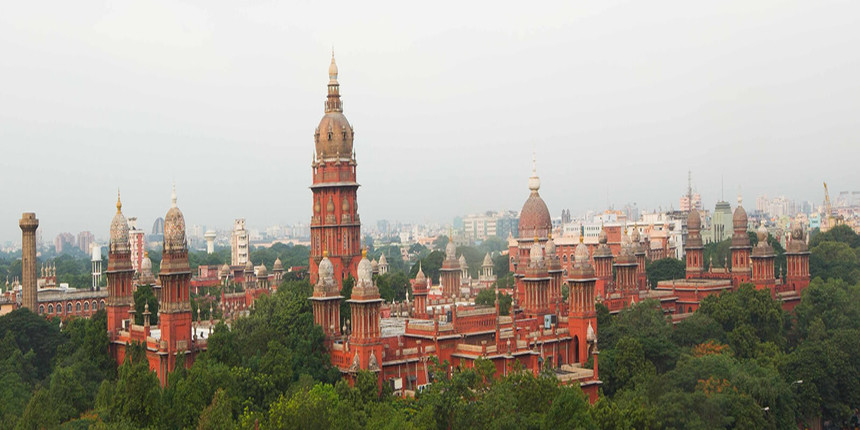 CHENNAI: The ruling All India Anna Dravida Munnetra Kazhagam (AIADMK) and the Marumalarchi Dravida Munnetra Kazhagam (MDMK) in Tamil Nadu have moved the Madras High Court seeking 50 per cent reservation to Other Backward Classes (OBCs) in seats for medical and dental courses surrendered by the state towards the All-India Quota (AIQ). The opposition DMK has already filed a petition in this regard citing Supreme Court's direction to approach the High Court.

The AIADMK represented by its Villupuram district secretary and Law Minister C.V. Shanmugam filed the petition. MDMK founder-leader Vaiko has also approached the court with another petition. In the affidavit, the AIADMK found fault with the centre and said it was denying reservation in state surrendered seats to All India Quota (AIQ) in the year 2018-19 and 2019-20, adding that only 220 OBC candidates were admitted to PG courses while they had a claim over 2,152 of the 7,982 seats and only 66 OBC students were admitted in the under- graduate courses.

The petitioner submitted there were 4,061 AIQ MBBS seats of which 50 per cent (2030 seats) should have been filled by OBC candidates and for the year 2020 of the 9,550 seats under AIQ 8,800 seats were surrendered from colleges run by State governments. Alleging that out of 8,800 seats surrendered by States, not a single seat was given to OBCs, the AIADMK in its petition said all the seats were transferred to the general category which was unjustified and unconstitutional.

The petitioner further alleged that the OBCs were robbed off 10,000 seats in the last three years at least and many more during the preceding years. "The Union of India cannot be permitted to turn a blind eye when a significant number of meritorious OBC students are denied seats in the State captured seats in All India Quota," the AIADMK contended.

The petitioner sought for a direction to the Centre to reserve and allot 50 per cent of the seats for OBCs in admission to the seats surrendered by the State of Tamil Nadu to the all-India quota in under-graduate, post-graduate and diploma medical and dental courses in Tamil Nadu in the forthcoming academic year.