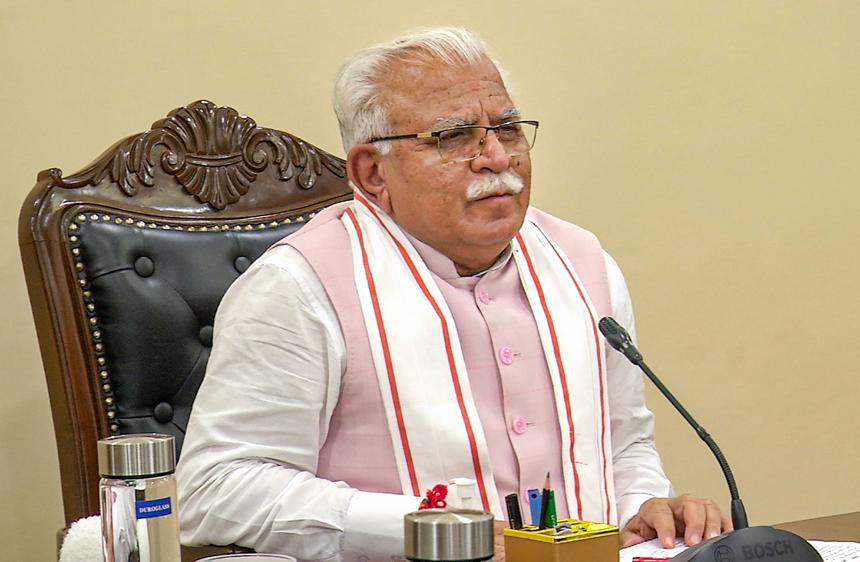 CHANDIGARH: Haryana Chief Minister Manohar Lal Khattar on Monday announced the opening of 11 new colleges in the state. Khattar said the initial plan was to open 10 new colleges, but now eleven would be opened. He announced the setting up of new colleges at a function at Government Post Graduate (PG) College, Sector-1, Panchkula.

Stating that imparting education is a "great gift", he said 97 new colleges have been opened in the last five years in the state “while in the last 48 years, only 75 colleges were opened”. He said the new National Education Policy aims for “universalisation of education from pre-school to secondary level with 100 per cent Gross Enrolment Ratio (GER) in school education by 2030”. It also aims at raising the GER in higher education to 50 per cent by 2025, he added.

The minister said that the National Education Policy will be effective in achieving the Prime Minister's vision of 'Atma Nirbhar Bharat'. "This policy will bring about a drastic transformation in the field of education and will be job-oriented too," he added. Khattar said the initial plan was to open 10 new colleges, but on the request of the Minister of State for Woman and Child Development, Kamlesh Dhanda 11 colleges will be opened in the state, including one in village Rajod in Kalayat constituency.

"This (the announcement of the opening of colleges) is a special gift of Raksha Bandhan to the women of the state," he said, according to an official statement. He said at present the state has a college within every 15-km radius. Now, the state government aims at having a college in every 10-km radius

Khattar said that on the lines of 'Sabka Saath-Sabka Vikas', every constituency from Panchkula to Nuh and Jagadhri to Dabwali has a college. Two colleges have been announced for Baroda falling in Sonipat district, he said. Referring to the menace of female foeticide, he said the 'Beti Bachao-Beti Padhao' campaign was launched from the state over five years ago to combat this problem.

"Nurtured with efforts of the government, this campaign made a difference and bore fruitful results with the cooperation of people. At present the gender-ratio has reached 923 which was 871 earlier," he said. While speaking on the occasion, Haryana Assembly Speaker and BJP legislator from Panchkula, Gian Chand Gupta, said so far there was no college in the remote hilly region of Morni Hills. Haryana Education Minister Kanwar Pal said a plan has also been made to set up 1,000 playschools in the state.

He said the focus is being laid on improving the health and education of children. New colleges will be opened at Morni Hills in Panchkula, Isharwal in Bhiwani, Goriwala in Sirsa, Firozpur Jhirka in Nuh, Chhatar in Jind, Ladna Chaku and Rajaund in Kaithal. New colleges will also be opened at Pratap Nagar in Yamunanagar, Agroha in Hisar and Bhainswal Kalan and Baroda in Sonipat district.