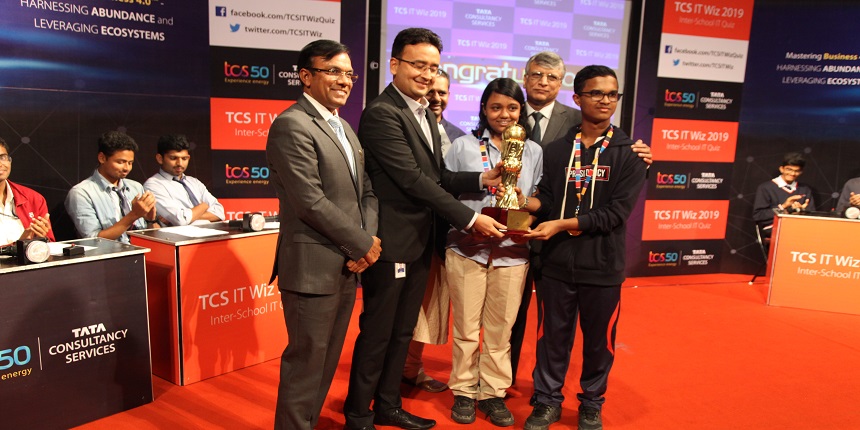 This year, TCS IT Wiz – Bangalore witnessed participation from over 1250 students from class 8-12. The guest of honor Rajendra Kumar Kataria, Secretary to Government, Agriculture Department (Government of Karnataka) along with Mr. Sunil Deshpande, Delivery Centre Head, Bangalore, Tata Consultancy Services, distributed the prizes. The winners walked away with a trophy and gift vouchers worth Rs 60,000. They will go on to represent Bangalore at the National Finals in Mumbai, later this year, where they will compete with 11 other regional champions. The runners up were rewarded with gift vouchers worth Rs 40,000 along with specially designed medals. Four finalist teams, also received gift vouchers worth Rs 5,000.

Several members of the audience participated in a Twitter and Instagram contest, leading to 2,665 tweets and 42 Instagram stories about the Regional Finals. The winners of the ‘highest tweets’ and the ‘tweet of the day’ received special gifts and the two ‘best stories of the day’ on Instagram received gift vouchers worth Rs 2,000.

Aimed at building awareness about the growing significance of technology skills, this strongly-contested, annual quiz infused tech trends and used animation to keep the audience and the participants at the edge of their seats. Quizmaster Giri ‘Pickbrain’ Balasubramanium took the contestants through five buzzer based rounds – Data Scientist, Data Analyst, Tech PatriOT and Block the Chain – besides an exclusive round on TCS. The questions focused on the application of information technology, the business, people, new trends, and legends.