Promotion of Delhi students of classes 9, 11 to be based on mid term scores: Sisodia

For schools that did not conduct mid-term exams, results will be declared on the basis of average marks obtained in the best two of five subjects. 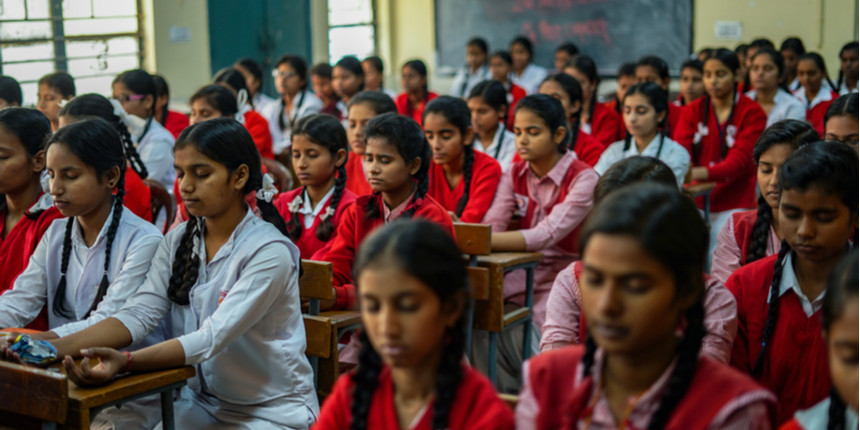 NEW DELHI: Students of classes 9 and 11 whose final exams could not be completed in view of the second wave of COVID-19 in Delhi will be promoted on the basis of marks obtained in the mid-term examination, Deputy Chief Minister Manish Sisodia announced on Thursday.

Sisodia, who is also the education minister, said at a press conference. "Private schools that have already conducted their annual assessments can follow the guidelines postulated by the Directorate of Education with regard to the promotion policy and declare their result," he said.

In case schools did not conduct any mid-term examination or students were unable to take all mid-term papers, results will be declared on the basis of the average marks obtained in the best two of five main subjects, he added. Sisodia said the policy will have to be implemented by both government and private schools.

"The result for classes 9 and 11 in all government schools will be declared on June 22. No student will be called to school, rather they will receive their results online or via a phone call or WhatsApp," he said. The minister also said that all such students who appeared for their mid-term exam in only one subject or were unable to take the exam in any subject and those who did not receive the minimum qualifying marks will be eligible for re-assessment.

To be assessed from assignments

"These students will be assessed on the basis of assignments, projects, school-based tests etc., for promotion to the next class. No additional physical or online assessment will be conducted for these students," Sisodia said. The minister also announced that the admission process in Delhi government schools for classes 6 to 9 will begin from June 11.

"Similar to the admission process conducted last year, admissions to Delhi government schools will be conducted online. Parents or candidates can register their children or themselves online from June 11 onwards until June 30. "Admissions will begin from July 5 onwards, based on the registration of students. Students who are unable to register by the given date will be eligible to register for the second admission cycle that will begin from July 23 and go on till August 6," Sisodia said.