School reopening: Some schools in Uttar Pradesh reopen for Classes 9 to 12

The Uttar Pradesh government had declared school reopening for Classes 9 to 12 from August 16 with 50 percent attendance. 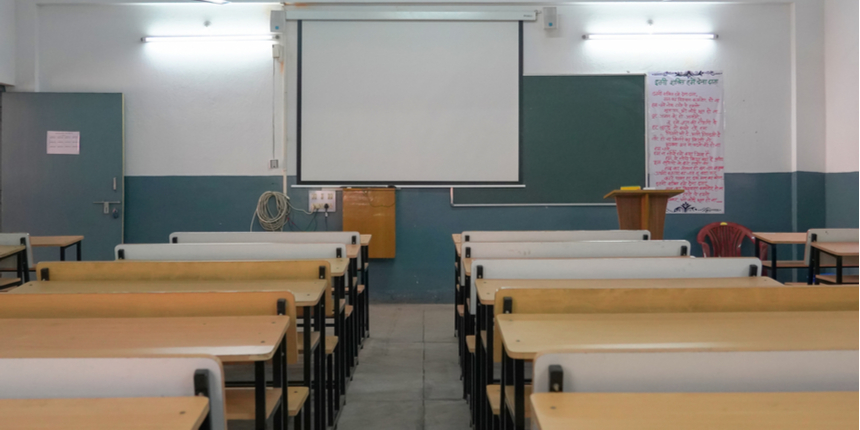 LUCKNOW: Some schools in Uttar Pradesh reopened on Monday for students of classes 9 to 12 with strict Covid protocols and limited attendance. Some other schools said they were getting ready to resume physical classes for students and would reopen soon.

Earlier this month, the Uttar Pradesh government had said that schools would reopen for students of classes 9 to 12 from August 16 with 50 per cent attendance. The Cathedral Senior Secondary School here said about 100 students attended classes Monday. "Offline classes have resumed for students of classes 9 to 12 today (Monday). About 100 students, which is around 20 per cent of the total strength, have come to attend classes," Donald De Souza, chancellor and spokesperson of the Catholic Diocese of Lucknow, told PTI.

Some schools, however, remained closed. La Martiniere Girls' College has not reopened, its principal Aashrita Dass said. Principal of St Francis' College, Lucknow, A Moras said: "We are planning to open the school from August 26." Not all parents were willing to send their children to school. Ashit Neogy, a Prayagraj-based businessman, whose son is a Class 10 student, said he was happy with his son attending the online classes. Neogy's son, Apratim, was also apprehensive about attending physical classes. Puneet Mehrotra, whose daughter studies in Class 9 at a Lucknow-based school, said he wanted to send her to school, but could not due to some technical issues in the consent form. His daughter Avna said that she was ready to go to the school, and wanted to meet her friends.

According to the UP government order issued earlier this month, classes at higher education institutes will resume from September 1. In a statement issued here Monday, the government said that as per the recommendations of the State-Level Health Specialist Advisory Committee, secondary educational institutes, higher, vocation and professional educational institutes opened with 50 per cent attendance, and teaching commenced. The classes are held in two shifts, and COVID-19 protocol is being strictly adhered to, it said. "From August 23 after Rakshabandhan, resumption of teaching activity may be considered for Classes 6 to 8, while the same could be considered for classes 1 to 5 from September 1," the statement said.