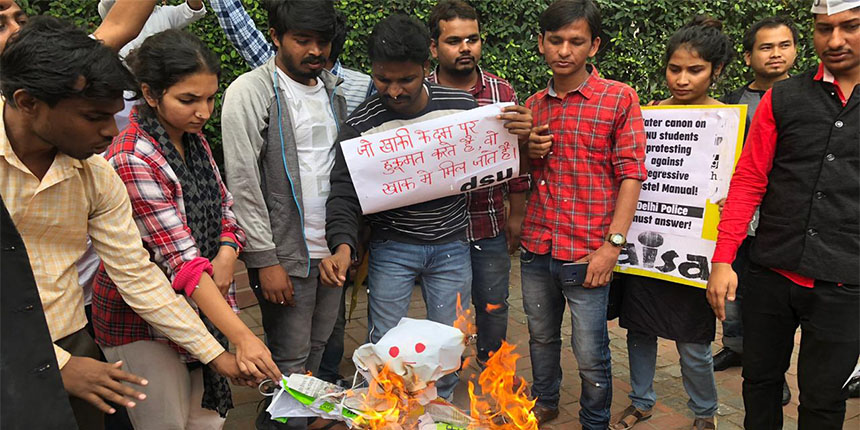 In the 1990's, Rajesh Soundararajan attended National Institute of Technology, Bhopal, then called Maulana Azad College of Technology. He had classmates who could pay their mess fees only when their farming father made a harvest. He wrote on the power government-subsidised education has to transform lives and why he finds the public attitude to JNU's students "condescending". His social media post, lightly edited for clarity, is reproduced below.

A small story in my life, and hope it resonates with you. Low cost education and is impact on society and people.

I did my graduation in engineering way back in early 1990s at National Institute of Technology, Bhopal (then, MACT).

My college fees for the entire engineering course was a princely Rs. 720 (10 dollars) per year. Yes, Rs. 720 for the whole year. And guess what - this included all academic fees, library, laboratory supplies, workshops, hostel accommodation, electricity and water. Boarding alone was extra and it was directly to be paid for by hostelers, who ran the canteen mess (by an elected committee of classmates). Cost of boarding would vary between Rs 250 and Rs 400. I reckon it would have been similar in IITs or NITs (Regional Engineering Colleges) during that time.

For all textbooks and reference books, the college library had a “Book Bank” that gave us free books throughout the year, which we could return and borrow each term as needed. The fees in private colleges used to run into lakhs of rupees even then, and there were many well-to-dos even then who would send their children there. It was harder - much, much harder - to get admission into IITs (Indian Institutes of Technology) and NITs.

For the 'economically backward', even this fee of $10 was waived. I have had friends whose parents could not afford to pay the "mess bill of Rs 200 each month" and would borrow from me and some others and would repay when their farmer father would have a harvest. Sometimes we used to get that omelette (pay extra rupees) for them along with rotis in a mess and that is how they would not be denied that simple omelette when we ate together.

In one case, a case very personal to me - towards the final year, one classmate, let's call him R, from Andhra Pradesh, fell short of Rs 480 for application for a US university. At that time, I had a surplus of Rs 450 that I received as prize in paper presentation competitions in NIT Warangal and Allahabad. I loaned that money to him. That was 1993. (R was a Telugu-medium student and learned English entirely in the four years in the hostel. I happened to be his coach for the GRE and TOEFL exams, but that is a story for another day. He somehow managed his GRE fee by saving money for 12 months and got a pretty decent score.)

Almost a decade later, in 2003, I met him in the Bay Area of San Francisco, USA. He was working with a top software firm. When we met at Union Square, San Francisco, he handed me a 100 dollar note and thanked me profusely and said, it was that Rs 480 way back that got him admission and because of it, he could be where he was today. Apparently, that was the last day he could get a demand draft and pay the fee. I was humbled. He was a senior architect then. I too had a plush job and Rs 480 was not much to fuss about. Yet, for the completion of the karmic loop, I took $15 and returned $85 (it was Rs 28 to a dollar then). R holds a senior position in engineering at Facebook now.

This is how things work when you subsidize education. It gives opportunities to the underprivileged to study and succeed and do well in life. And we cannot snatch that opportunity away from them, just because we were able to afford it. Even today, there are millions who are unable to afford education and higher education. It is these small amounts that make a huge difference in their lives and for the socio-economic development in this country.

Under these circumstances, I feel this entire narrative against Jawaharlal Nehru University is in bad taste and undermines the efforts of students of JNU. It mostly mocks the underprivileged who get a chance to study. It is the same JNU that has produced our current finance minister and 2019 Nobel Laureate in Economics. JNU has and will continue to provide some spectacular stars, and it is the solemn duty (in my view) to make education affordable and accessible to people that cannot.

Every government has a choice to make and that they may well do. My view is only about the condescending attitude of the public.