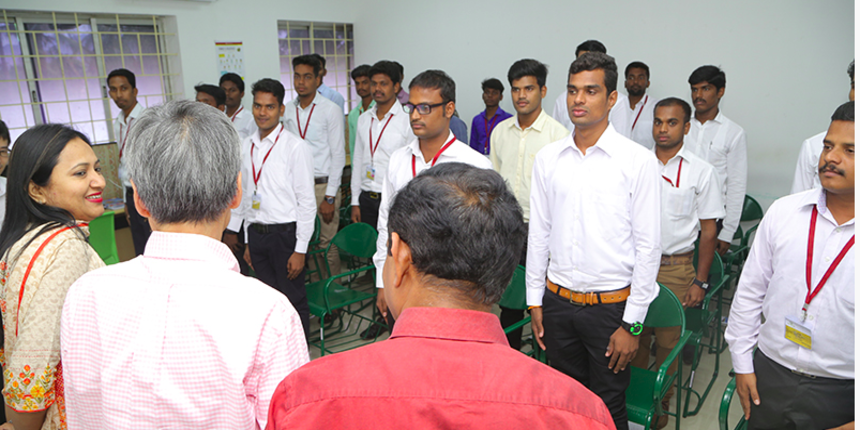 New Delhi, October 5: The Japanese Government has drawn up an elaborate plan to attract global talent to work in Japan in order to meet its requirement of 8,45,000 workers by 2025. Sona Yukti, the skilling arm of The Sona Group that runs Sona College of Technology is one of the few Select Indian institutions tasked by the National Skill Development Council (NSDC) to train young skilled workers from India for placement in Japan. Sona Yukti has been empanelled by NSDC as a sending organisation for the Japanese Government’s ‘Technical Intern Training Program’ (TITP).

TITP program was created to enhance economic development between India and Japan. The Internship program ranges from one to five years and includes not only sector-specific skills as per Japanese requirement but also training in Japanese language and culture. There is an on-job training component too which happens in Japan.

Four years ago, Sona College of Technology, Salem pioneered training its B. Tech students in Japanese language. In addition, Sona Yukti operates a network of over 100 training centres across the country including partner centres, placement partners, institutional partners and mobilization partners.

Sona’s vision is aligned to the India-Japan Co-operation agreement endorsed by Prime Minister Narendra Modi during his July 2019 visit to Osaka, Japan. Over 1,000 students have learned Japanese language at Sona campuses and the group has facilitated placement offers to over 100 candidates for jobs in various trades in Japan.

Sona Yukti’s placement plans for Japan encompasses offering jobs to Engineering, Diploma and skilled candidates from India. Many companies from Japan that have visited Sona training centres and campuses in India have appreciated the quality of training especially the Japanese language fluency acquired by the candidates in a short span of time as well as their positive attitude.

In addition, it offers bridge programs that make up for any deficiency in domain knowledge, technical and practical skills as per needs of Japanese clients. Proficiency in Japanese language enables candidates to integrate seamlessly into the global environment.

Chocko adds, soon Sona plans to set up its own office in Japan in order to achieve more agility and to meet its aspiration to place 100,000 Indians in jobs in Japan.

JEE Main postponed to May; So, what happens to JEE Advanced now?