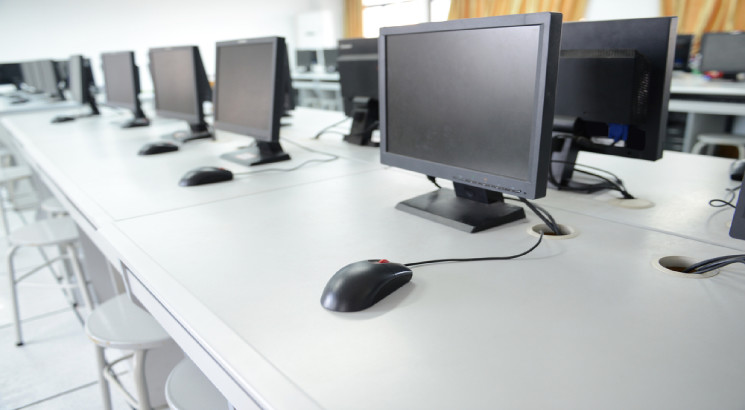 NEW DELHI, FEBRUARY 5: Staff Selection Commission (SSC) is conducting SSC Stenographer 2019 Computer Based Examination (CBE) from February 5 to 7. The exam began at 10 am with its first shift, however, the authority later released a notification announcing that the exam held in the first shift has been nullified. After cancellation, now the SSC Stenographer 2019 first shift exam has been rescheduled to be conducted on February 8, from 3 to 5 pm. 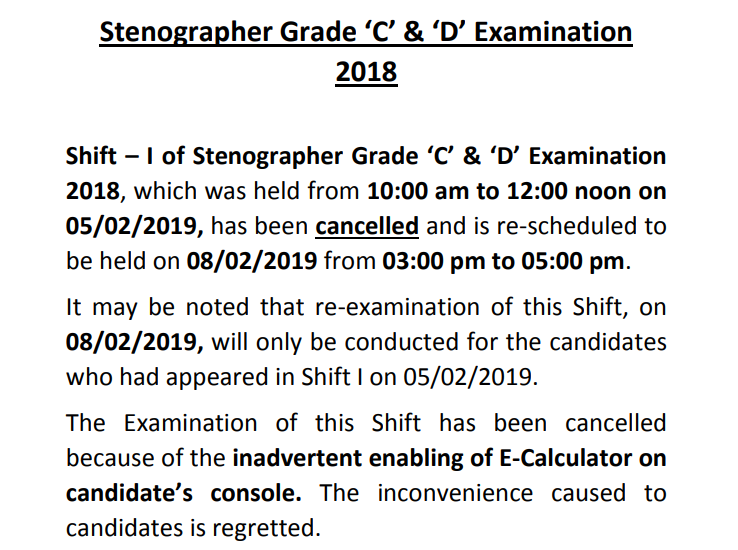 The admit card of the test has been issued on January 29, 2019, for candidates who had applied for the exam within the dates prescribed by the Commission. The admit card has been released in the online mode. Candidates can download the hall ticket till the last day of the exam.

It is mandatory for candidates to carry a valid copy of the admit card along with any one of photo identity proof such as Aadhaar card, PAN card, driving license, voter card, ID issued by college/university/Government on the day of the online exam. Candidates should also carry three copies of passport size photographs identical to that provided during registration.

Candidates failing to produce the above-mentioned documents will not be allowed to appear for the test. As per the exam pattern, the CBE comprises three sections from General Intelligence, General Awareness, English Language and Comprehension. Total marks allotted for the test is 200 marks and the question paper will contain 200 questions. Candidates will be provided 2 hours to complete the exam.

Negative marking is applicable for the exam stage and 0.25 marks will be deducted for every incorrect response. The difficulty level of questions in the exam is similar to that of class 12 level. SSC Stenographer Answer Key 2019 will be available in March 2019.

As per the merit position in the final result, candidates will be recruited for the post of Stenographer Grade C (Group B - Non-Gazetted) and D (Group C – Non-Gazetted) in various ministries/departments.