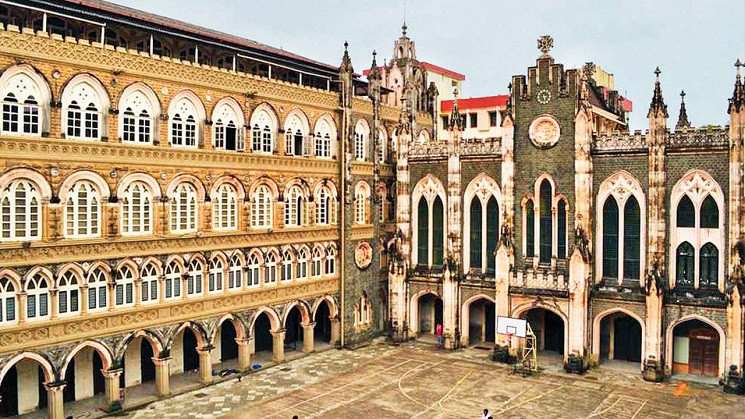 NEW DELHI, JULY 26: St. Xavier’s for the first time in its 150-year-old history is appointing a non-Christian principal.  Dr Rajendra D Shinde, HOD-Botany, St. Xavier’s College, will be taking the charge as 24th Principal on September 1, 2018, even as the college turns 150 years on the very date.

Dr Rajendra Shinde, the principal-designate will be replacing Dr Baptist Angnteelo Menezes, who had been the first non-Jesuit Principal of the college, since 2015. The current principal of St. Xavier’s Mumbai was quoted saying, “I am extremely happy to know about the elevation of Rajendra Shinde.”

Dr Shinde said, “I have been associated with the college for the last three-and-half decades. I joined the college in the year 1991, as an herbarium curator while my journey till date has been through holding different academic and non-academic posts in the college including reader, exam controller, international programme director and finally going on to become the vice-principal in 2011. My elevation as the college principal is probably the result of their policy change, wherein the St. Xavier’s Mumbai management is opening up. The college management is probably wishing to reach to the masses.”

The principal-designate said that upon taking charge his primary focus would be on expanding the courses in the college, which is vying for a University tag. “We should start our preparation early, if our goal is getting a University tag. We’ll look into expanding our post-graduate and research programmes, while also working towards improving our college ranking at national level as well as internationally.”

A PhD in Botany from St. Xavier’s Mumbai, Dr Shinde hailing from a railway-employee family of Odha village, located approximately 15 kms away from Nashik, recalling his primary school days in one of his Facebook post says, “I completed my primary education in a school which neither had doors nor a proper roof.”

From Herbarium Curator to Principal of St Xavier’s Mumbai 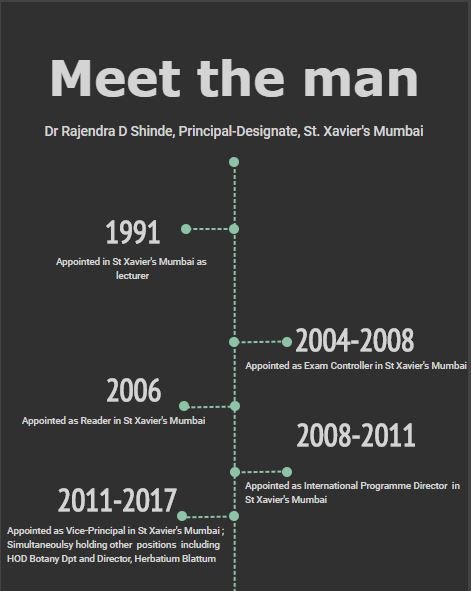 With this, St. Xavier’s Mumbai the first topline Indian Christian college to have a non-Christian head. Neither, St. Stephen’s College of Delhi nor St. Xavier’s Kolkata, nor the Madras Christian College have had principals from outside the community.

Considered as one of the premier institutions in India, St. Xavier’s Mumbai was established in the year 1869 by Roman Catholics known as Jesuits.