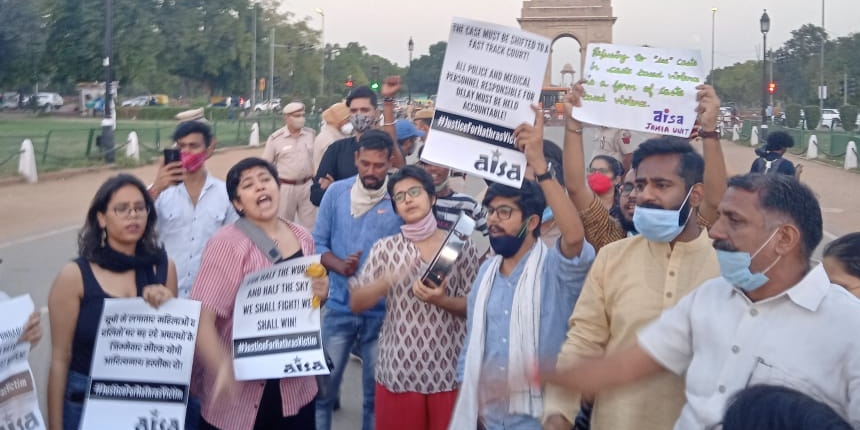 NEW DELHI: Students across universities gathered in protest against the brutal rape of a 19 year-old Dalit woman in Hathras, Uttar Pradhesh, and the controversy over the burning of her remains after she succumbed to her injuries in Delhi yesterday.

Students in Delhi gathered at the India gate from 5 pm onwards and at the Delhi University Arts Faculty from 6 pm onwards and held a candle march in protest against the incident. 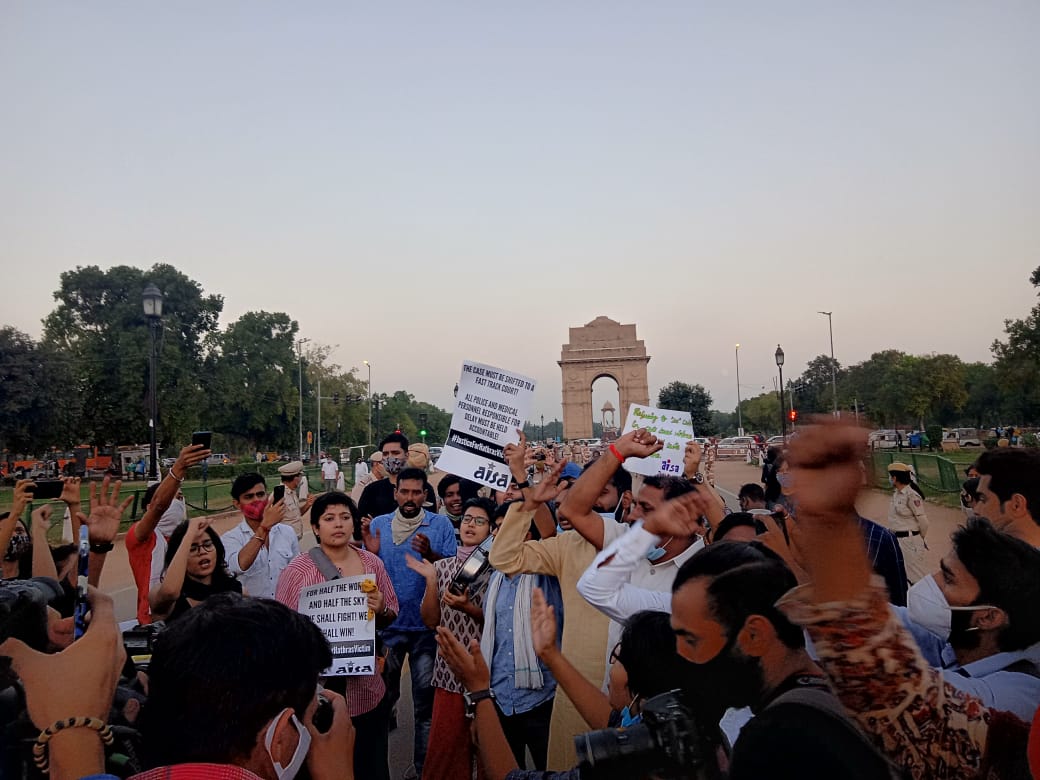 Students at the Banaras Hindu University also held candle light marches and demanded an investigation into the Uttar Pradesh Police’s action in the incident. The students also criticised the UP chief minister saying that he has failed in preventing violence against women. 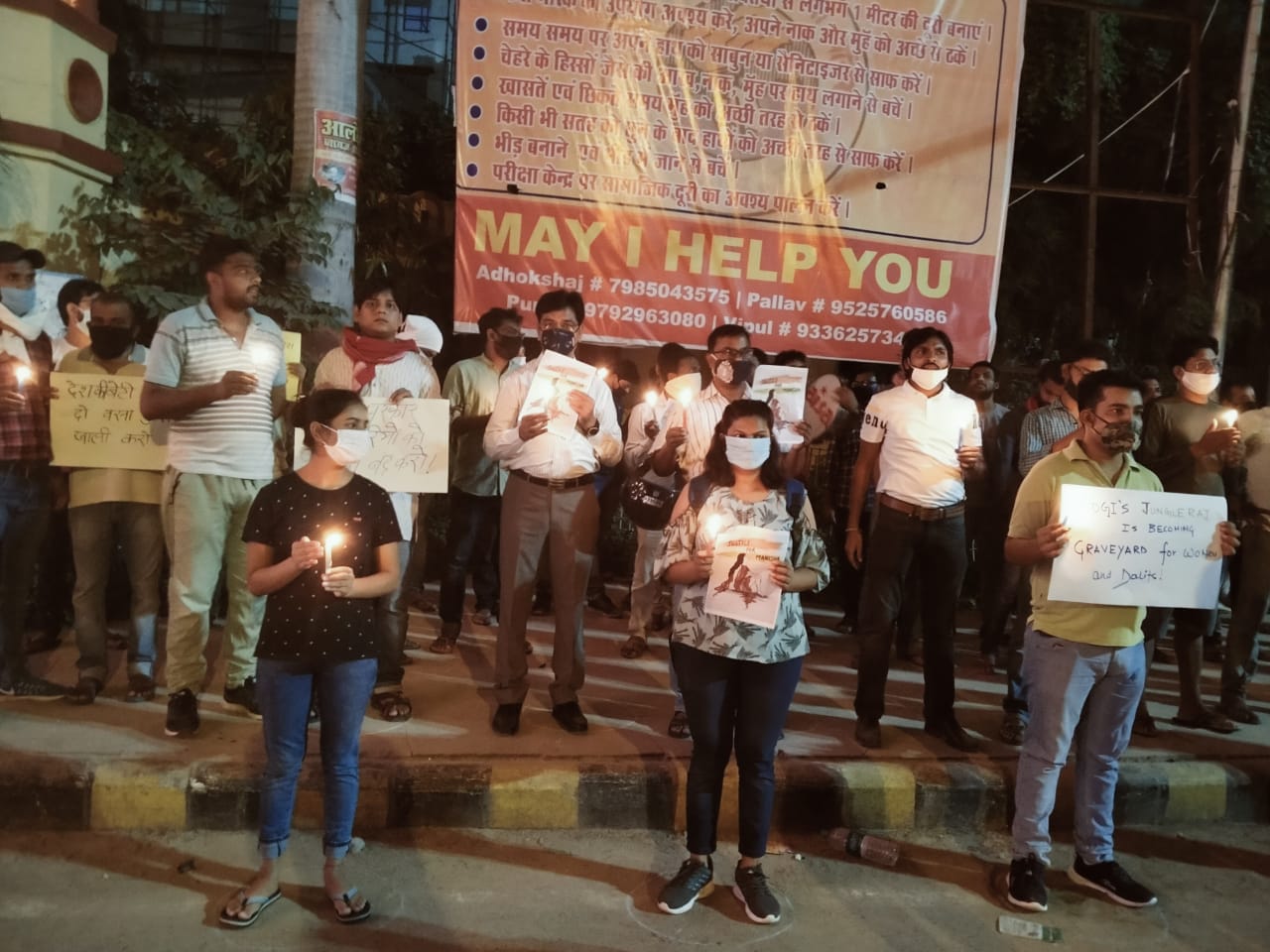 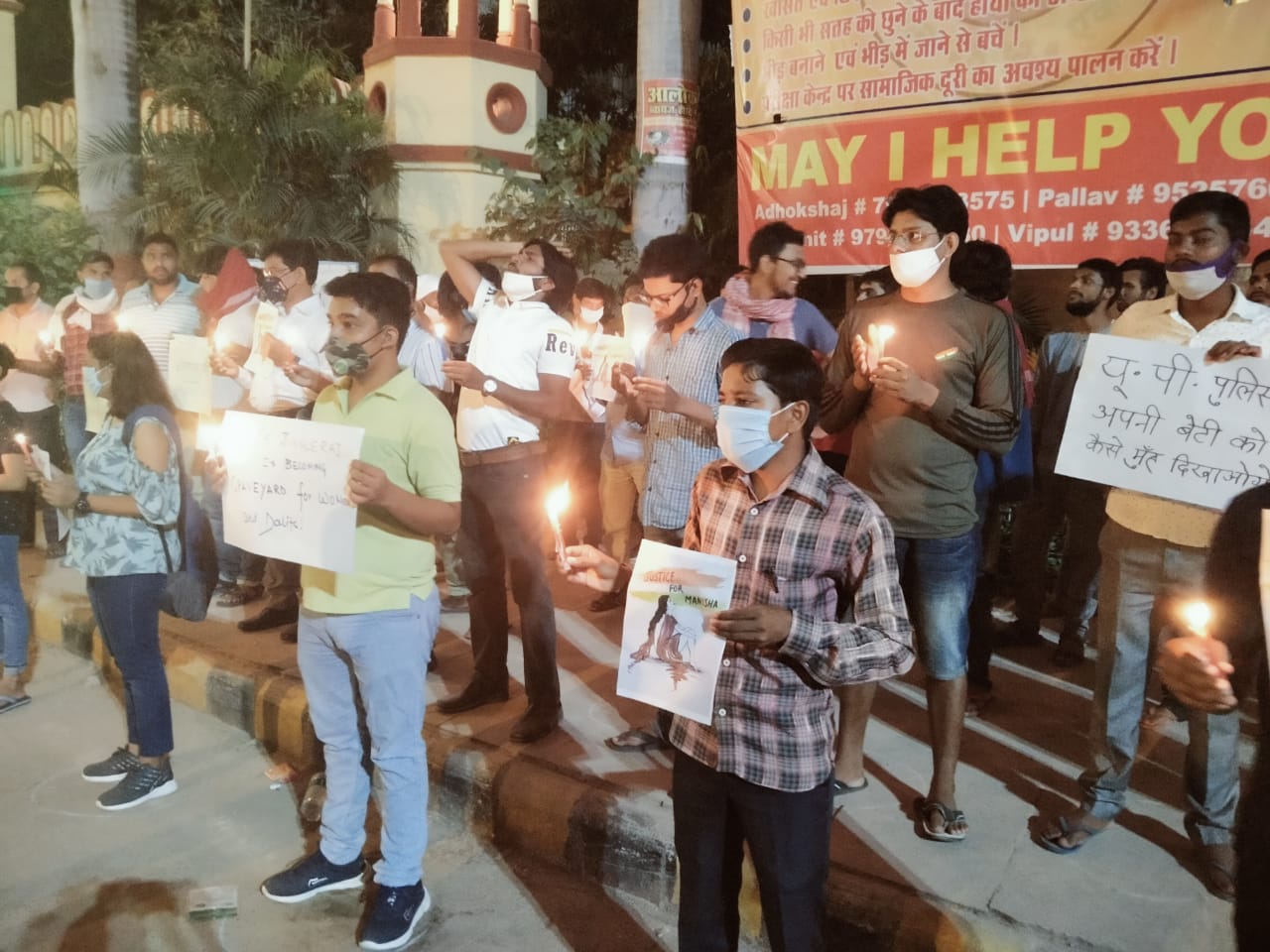