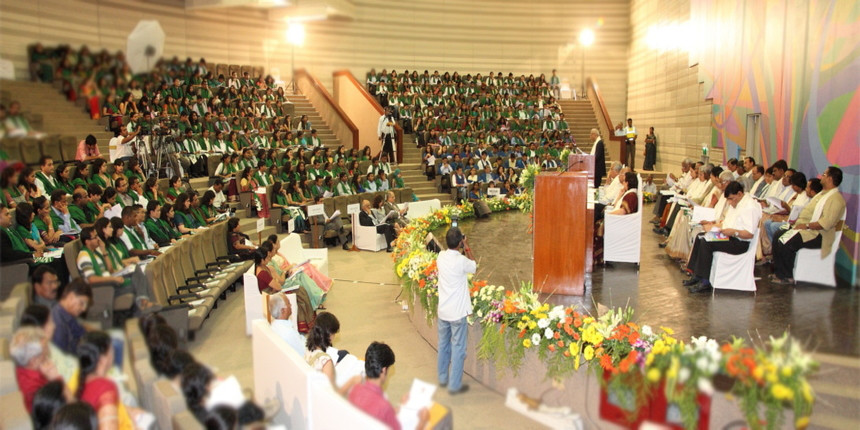 NEW DELHI, OCTOBER 10: Tata Institute of Social Sciences has announced the TISSNET 2020 official dates for the academic session 2020-22. The National Entrance Test is scheduled to be commenced on January 4 (2 pm - 3: 40 pm) in computer based mode. TISS National Entrance Test is conducted for admission in M.A, M.SC, MPH and MHA programmes offered at the six campuses of Tata Institute of Social Sciences which are located in the southern and eastern region of the country, including major cities such as Mumbai, Tuljapur, Guwahati, Hyderabad, Chennai and Nagaland.

The application forms are expected to be released by the end of this month. The mode of application will be only online. Candidates interested to take admission in Master’s programme offered by different campuses of TISS can fill the application form before the last date of submission. The application dates will be announced very soon by TISS.

The hall ticket for the registered candidates will be released between December 18 and December 19, 2019, which can only be downloaded from the university’s website. Aspirants who do not receive their hall ticket by December 21 can contact to TISS Care. They can also register their complaint via email.

The exam centres of TISSNET are divided into four regions. i.e, Northern, Southern, Western and Eastern. This year the institute has increased two new centres in the Northern region. i.e, Jammu and Kashmir. However, Mohali has been removed from the list of TISSNET test centres from the same region. The other three regions of TISSNET exam centres will experience no change.

Kashmir University to promote students based on internal assessments
Vishwas Garia | May 27, 2020