Citizens Education Society, which runs schools for Malayalam-speaking linguistic minority students in Tamil Nadu and Karnataka moved SC for the benefit of those students. 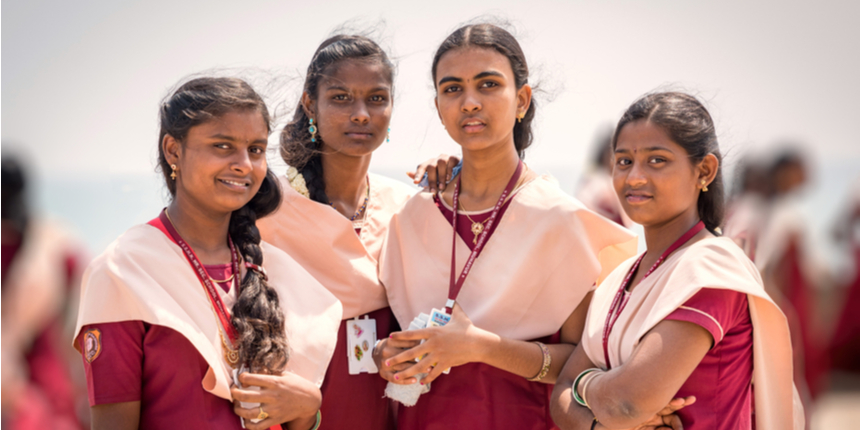 NEW DELHI: A Tamil Nadu-based educational organisation has moved the Supreme Court seeking a direction to the Centre to issue a notification to identify linguistic minorities, like religious ones, as units for granting benefits in running academic institutions. Citizens Education Society, which runs schools for Malayalam-speaking linguistic minority students in Tamil Nadu and Karnataka, has sought to intervene as a party in a pending PIL on grant of minority benefits to Hindus in 10 states including Punjab and Mizoram.

The apex court, in August last year, had issued notice to the Centre on a PIL filed by lawyer and BJP leader Ashwini Upadhyay seeking directions for framing of guidelines identifying minorities at the state level claiming that the Hindus are in a minority in 10 states and still they cannot avail benefits available to minorities like Muslims, Sikhs and Christians in running educational institutions. “Direct the Respondent-Union of India to issue a notification under 2(f) of National Commission for Minority Educational Institutions Act, 2004 notifying linguistic and religious minority communities in respective states as a unit, in conformity with the law declared by this Hon'ble Court in case of in T.M.A. Pai Foundation ...,” the Tamil Nadu-based society said in its plea. Referring to the constitutional scheme of Article 30, the plea said that it, being the linguistic minority in Tamil Nadu and Karnataka, should get the benefits available to religious minorities in these states. “Article 30 of the Constitution protects the interests of minorities, based on religion as well as language, and inheres in them the right to establish and administer educational institutions of their choice. It is well-settled that Article 30(1) cannot be read in a narrow and pedantic sense and being a fundamental right, it should be given its widest amplitude," it said.

Referring to the apex court's judgement in the famous T M A Pai Foundation case, it said the unit for which minority has to be determined, is the state. For instance, in the state of Karnataka, the linguistic majority of Kannada speakers would not be considered as minority, whereas speakers of all other languages, including Malayalam, would be treated as minorities. “In order to regulate the exercise of the fundamental right under Article 30, the Parliament enacted the National Commission for Minority Educational Institutions (NCMEI) Act, 2004 to safeguard the educational rights of the minorities. “The Central Government, by Notification dated 18.01.2005, notified (1) Muslims, (2) Christians, (3) Sikhs, (4) Buddhists and (5) Zoroastrians (Parsis) as being minority communities for the purposes of the Act,” it said.

The Central Government has yet to notify any linguistic minorities across the country and hence, the benefits of the NCMEI have not been extended to any linguistic minorities in the country, it said. Earlier, a bench headed by Justice Sanjay Kishan Kaul had agreed to examine the issue raised in the plea and had sought responses from the Ministries of Home Affairs, Law and Justice, and Minority Affairs. Upadhyay, in his plea, has said that Hindus are in minority in 10 states but have not been declared so and hence are unable to get benefits available to minorities and they include the right to run minority educational institutions.

The plea has also challenged the validity of Section 2(f) of the National Commission for Minority Education Institution Act 2004, for giving unbridled power to the Centre and being manifestly arbitrary, irrational and offending. It said denial of benefits to the "real" minorities and arbitrary and unreasonable disbursements under schemes meant for them to the absolute majority, infringes upon the fundamental right under the Constitution. "Direct and declare that followers of ... Hinduism, who are minorities in Ladakh, Mizoram, Lakshadweep, Kashmir, Nagaland, Meghalaya, Arunachal Pradesh, Punjab and Manipur, can establish & administer educational institutions of their choice in spirit of the TMA Pai Ruling," the plea said.

The apex court in the TMA Pai Foundation case held that the state is well within its rights to introduce a regulatory regime in national interest to provide minority educational institutions with well-qualified teachers in order for them to achieve excellence in education. Quoting Article 30 of the Constitution, the plea said minorities whether based on religion or language shall have the right to establish or administer educational institutions of their choice.