Budget 2021: Overall, the education ministry is facing cuts to the tune of Rs 6,000 crore. 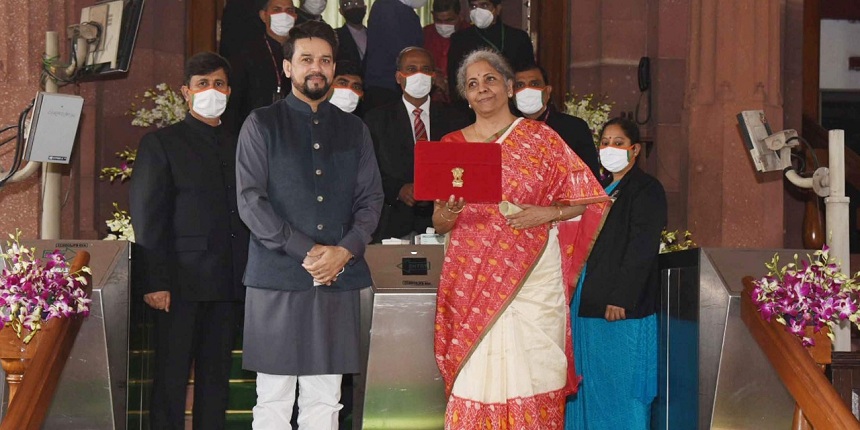 NEW DELHI: Union Minister of Finance Nirmala Sitharaman while presenting the Budget 2021 has allocated Rs 93,224.31 crore to the two departments of the education ministry, down by over Rs 6,000 crore from the 2020-21 budget estimates. The department of higher education’s budget has dropped by Rs 1,116.52 crore to Rs 38,350 crore.

Nirmala Sitharaman also announced that nine cities to have umbrella structure, and establishment of a central university in Leh.

FM Sitharam was presenting her third budget in the Lok Sabha today and announced that the government will introduce legislation to introduce the Higher Education Commission of India (HECI) this year.

Sitharaman announced that the Government will spend Rs 50,000 crore for research and development over the period of five years, through National Research Foundation (NRF).

The centre has allocated Rs 3,000 crore under the Rashtriya Uchchatar Shiksha Abhiyan (RUSA), through which it supports higher education institutions under the state governments and union territories. The fund under the scheme had seen a steep decline in the past three years with Rs 1,392 crore allocated in the year 2018-19, which was increased to Rs 2,100 crore in 2019-20 but revised to Rs 1,380 crore in the same year. However, in 2020-21, the scheme saw a huge reduction in the funding, as the government allocated it just Rs 300 crore.

The much-promoted Study In India which the finance minister announced last year found no mention in this year’s speech, also the scheme has seen huge fund-cut for the next financial year. In the 2020-21 Study in India scheme was allocated Rs 65 crore which has been cut down to Rs 25 crore this year.

Last year, a batch of schemes were launched to support online education during the COVID-19 pandemic and the budget has increased funding under the scheme to Rs 645 crore, up from Rs 445 allocated last year. There has been a significant increase in allocation for massive open online courses (MOOCs), and the National Mission in Education Through ICT, has gone up from Rs 75 crore and Rs 85 crore last year to Rs 200 crore and Rs 150 crore this year.

The two schemes launched this year, PM e-Vidya and Academic Bank of Credits (ABC) have been allocated Rs 50 crore each for the next financial year.

The NEP also stresses a lot on digital education through MOOCs and the new ways of teaching and learning. Recently, the Union education minister also announced that the government is working on the plan of creating virtual universities to achieve the desired target of 35% GER (Gross Enrolment Ratio) by 2035.

The allocation to support digital education has not been very encouraging in the past few years as it has only gone down, with major cutting in some of the schemes like the National Mission in Education Through ICT, Setting up of virtual classrooms and MOOCs.

There has been no change in fund allocation to the two regulatory bodies of higher education. The finance minister has allocated Rs 4,693 crore to the University Grants Commission (UGC) and Rs 416 crore to AICTE (All India Council for Technical Education) this year. In the 2020-21 budget, the same funds were allocated for the two bodies.

The central government has earmarked Rs 7,643 crore to support central universities, which is the same as 2020-21.

Another central scheme which has seen cuts for two consecutive two years is Technical Education Quality Improvement Programme of Government of India (EAP) as Sitharaman in her Budget 2021-22 has allocated just Rs 20 crore. Another scheme neglected in the Budget 2021 and that has suffered a cut is the Global Initiative for Academic Network (GIAN) scheme which has been allocated Rs 10 crore, which was Rs 15 crore in 2020-21.

The government has allocated Rs 237 core for research and innovation for 2021-22 which is over 20 percent less than what was allocated last year, Rs 307 crore. Creation of the National Research Foundation (NRF,) is another important recommendation of the NEP 2020, which also suggests increasing spending in research. The finance minister announce that the government would spend Rs 50,000 crore over the next five years on research through the National Research Foundation

The government allocated Rs 307 crore in 2020-21 which was nearly half of what it allocated in 2019-20 for research and innovation.

For the next financial year, there has been huge reduction in funding under some of the schemes launched by the government, Startup India Initiative, Uchhatar Avishkar Abhiyan, Implementation of the IMPRINT Research Initiative, Impactful Policy Research in Social Science (IMPRESS), Scheme for Promotion of Academic and Research Collaboration (SPARC) and Scheme for Transformational and Advanced Research in Sciences (STARS).

The allocation to autonomous bodies has been also seen a minimal increase to Rs 23, 914 crore, which include different institutions like the Schools of Planning and Architecture (SPAs), Indira Gandhi National Open University (IGNOU), Board of Apprenticeship Training and National Institutes of Technical Teachers Training and Research (NITTTRs). The government had allocated Rs 23,492 crore to these in 2020-21. The New Education Policy 2020 has laid a lot of emphasis on teachers training and there was a lot of expectation from this year's budget

This year the Government has allocated Rs 1,000 crore under HEFA for repayment of interest and principal for the IITs.

Write to us at news@careers36o.com. 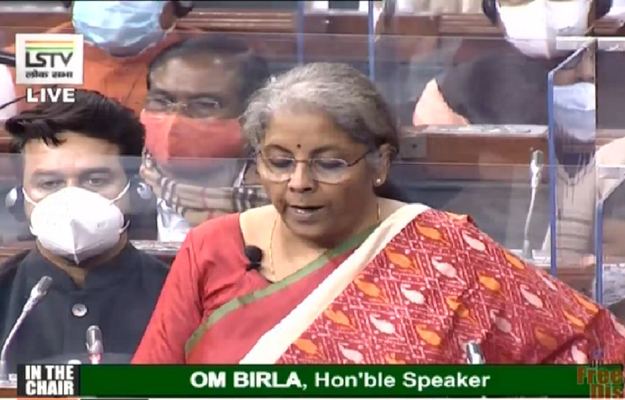