UP CM hands over appointment letters to over 1,400 junior engineers 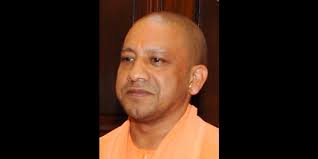 NEW DELHI: Uttar Pradesh Chief Minister Yogi Adityanath on Thursday distributed appointment letters to 1,438 junior engineers of the Irrigation and Water Resources department pointing out that the youth who are appointed through honest and transparent means show honesty in their work.

"When a youth gets selected through a transparent manner that honesty is seen in his work. He gives his best throughout his life but when anyone gets employment through pressure and pull, it leads to corruption," the Chief Minister said while handing out appointment letters to five of the selected junior engineers at a programme organised at his official residence here.

In his interaction through video-conference, the Chief Minister enquired if the newly-appointed junior engineers had to pay money to anyone for getting the jobs. Several of them answered that they have been selected on the basis of their merit. He also stressed that the thrust of his government is on honesty and transparency in the recruitment process and merit is the main criteria for getting jobs.

"The youth who are getting jobs today are capable and competent and the state will get the benefit of their abilities," he said while congratulating the new appointees for getting their letters on the occasion of of Dhanteras. The Chief Minister asked them to give their best for the progress of the country and society during their service period. He also praised the working of the Irrigation and Water Resources department over the past three years and said that it was exemplary.