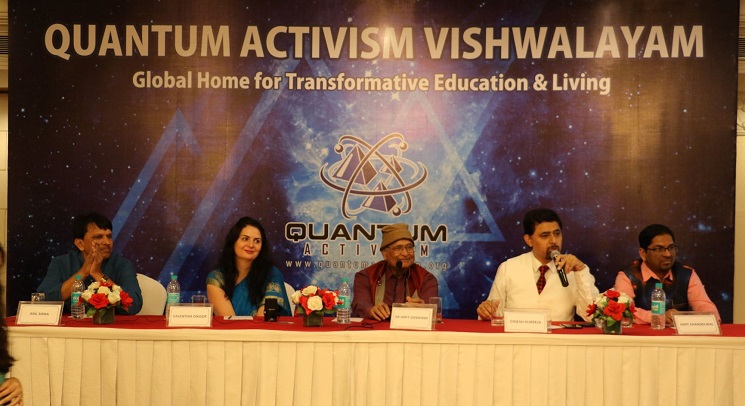 NEW DELHI, AUGUST 30: Quantum Activism Village Foundation has announced the launch of a Quantum Activism Vishwalayam. The village will provide a model space for experiential learning and living based on the principles and framework of a “Quantum Worldview” for leaders, especially from the world of Healthcare & Wellness and Business & Economics.

Dr. Amit Goswami, Founder, Quantum Activism Movement worldwide, is Internationally acclaimed physicist and visionary who has inspired the creation of Quantum Activism Village Foundation as an extension of his Quantum Activism movement in USA a decade ago, said that, “We have finally found permanent home in India which will be a global headquarter for the Center of Quantum Activism. A group of service-minded professionals from India, Argentina, Brazil, North America and Europe who have concurred to this idea have come together to manifest this dream of the universal consciousness.”

Dinesh Kukreja, CEO, Quantum Activism Village Foundation said that, “We are going to establish Quantum Activism Vishwalayam including a community living space with an initial investment of Rs. 100 Crores. The Vishwalayam will be spread over around 300 acres of land which will have facilities for promoting holistic living, be completely self sustained and provide an ambience for transformational teaching & learning for professionals and leaders from different walks of life.”

The Vishwalayam has already launched its inaugural course as a One-Year Certification Program in Quantum Science and Conscious Leadership. This course will have two semesters, first would concentrate on self-development and the latter would focus on professional development and integration.