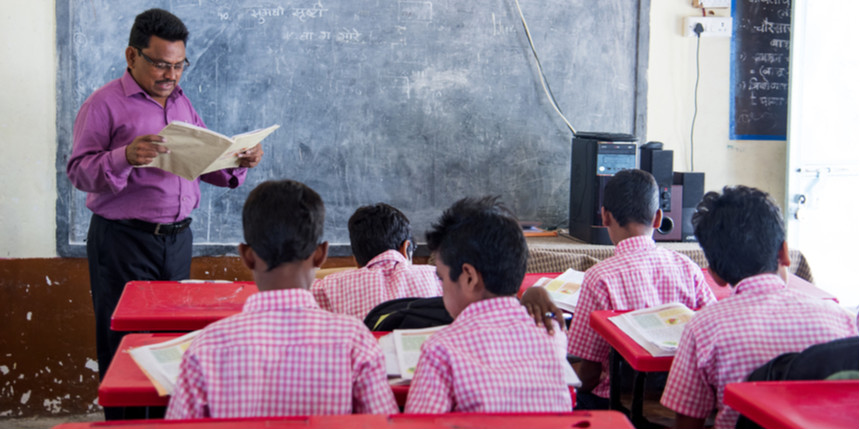 CHANDRAPUR: Amid the COVID-19 crisis when poor students are unable to take up online classes, the zilla parishad here in Maharashtra has started an innovative way of imparting education to them by painting walls on streets and public places with mathematical concepts.

"We are trying to make children continue their education at home since schools are closed, and build an academic atmosphere in rural areas. The idea behind 'Mission Mathematics' is to impart lessons to children in a playful manner," he said.

As part of the initiative, officials of the zilla parishad's education department have painted mathematical lessons taught in classes 1 to 5 on walls located at the main squares of villages in Pomburna, Ballarpur, Nagbhid and Bramhapuri teshils, he said.

"Children are finding the method attractive and they are learning maths while playing with their friends. The objective of the mission is to make them understand various mathematical concepts and build their interest in the subject, while focusing on developing an overall atmosphere of education in rural areas," Kardile said.

He said Ashay Wakulkar, an alumnus of a zilla parishad school in Ghosri village who is now an engineer, was the first to launch 'Mission Mathematics' in his native place. "He created an academic atmosphere in the village and students started gaining from the idea," Kardile said, adding that he took the initiative forward at the district level after being impressed by Wakulkar's effort.