"We are looking for incubated programs with Indian Institutions" 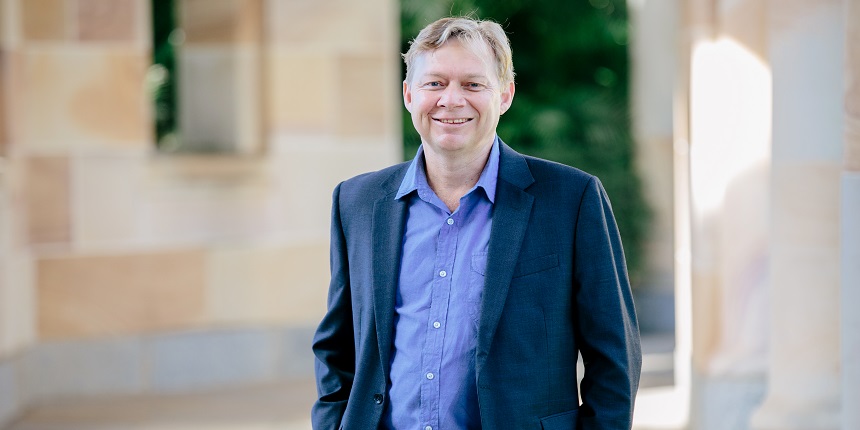 Professor Andrew Griffiths, Executive Dean of The University of Queensland speaking to Abhay Anand shares plan of his university to increase partnership with Indian universities and the scope Australia offers for Indian students...

Q: UQ is well known research university and among top 50 in the world, are you looking for collaborating with Indian institutions?
A: UQ is really interested in forming partnerships with Indian institutions and first is IIT Delhi, basically we are developing person to person relationships, also focusing on complex problems such as Climate change, Food security, etc.

Q: Institutions other than IIT Delhi?
A: We are really interested in IIM Indore , Amity university , IIM Bengaluru , ICI and other institutes as well.

Q: Australia is among most prefereed higher education destinations but there have been incidents of attacks on Indians , so what’s your take on this?
A: I have two angles first angle -More startups are happening in Queensland whose major investments are done by Indians and they deploy Indians a little more as compared to Australians. Second angle – Partnering Indian students with domestic students will have a cross dialogue which will create more understanding.

Q: Talking about startups , any plans for incubation or innovative centers with India?
A: We are looking for incubated programs with Indian Institutions, also went to SME Mumbai which could be a possibility. We have around 110 startups and approximately 600 million dollars has been used for them.

Q. Tell us on Jobs and Internships opportunities for Indian students by your university?
A: We do not focus on jobs, at the end of course we prepare students to become enterprenuers. We also allow students to participate in Internship programs by big companies, startups.

Q: Does Australian government help in opening of startups?
A: Government have created co-habitation spaces where one can start but it’s not implemented yet. Boeing has established research headquarters at UQ , not only for technology link up but also for creating ecosystem for potential companies. Former CEO of a company has set an academy which train engineers and equip them with relevant skills.

Q: Brexit has happened, how is Australia going to benefit from international students ?
A: Our focus is on quality education, we got more applications for academics, research oriented courses.

Q: Is Australia lagging in research area as compared to Europe, US ?
A: UQ Australia topped publication list recently, as told earlier partnership with IIT Delhi will help in a manner where PhD students will go to UQ for a year for further persuasion which will aid in research work.