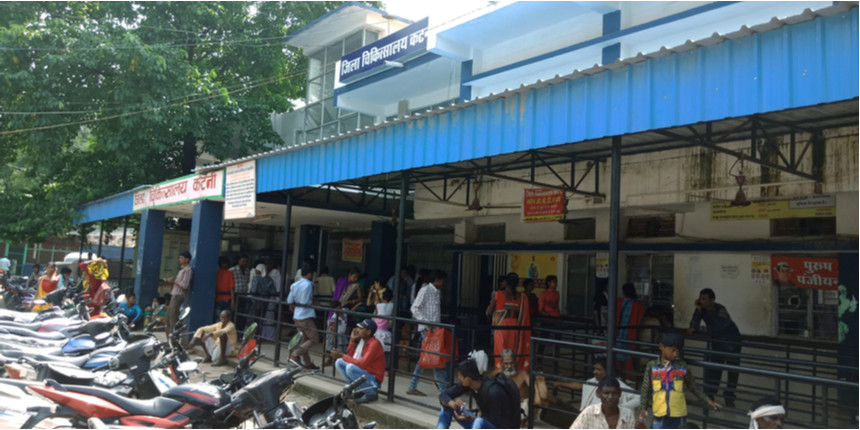 The proposal, if translated into action, will tide over a shortage of doctors in the country, claims the draft. “India has a dire shortage of qualified doctors," it begins. "It is practically not possible for the Central or State Governments to bridge the gaps in medical education with their limited resources and finances."

The draft Public Private Partnership in Medical Education: Concession Agreement-Guiding Principles is apparently based on international best practices and similar PPP models presently operative in the states of Gujarat and Karnataka, says the document. It also claims the measure will increase the number of seats and also “rationalise the costs of medical education”. However, the draft raises questions on a range of issues and seems almost deliberately vague on others. These include reservation of seats in admission to the medical college, the fee to be charged and the exact composition of the management board that will run this PPP entity.

The 250-page draft, which does not name the experts involved in its creation, has been posted on the NITI Aayog website for public comment. The last date for submitting feedback is January 10, 2020 and a stakeholders' meeting will be held on January 21, 2020.

Given below is a summary of its more salient features.

A private entity registered under the Companies Act, 2013, that gets the contract and implements the scheme will be known as the “concessionaire”. The state government that has run the hospital is the “authority”. There is no clarity in the document on the mechanism for awarding contracts.

The document says the “concession period”, or the validity period of the agreement, will be 60 years from the date of commencement. This can also be extended on termination of the concession period.

The draft is also unclear about the main body, over and above the two partners, that will oversee the process before work is initiated. However, once the agreement is signed, the concessionaire – or private party – will have most of the responsibility to design, build, finance, operate and maintain the medical college and hospital. The private medical college should have a minimum of 150 MBBS seats.

The draft document says an existing district hospital selected for the PPP-treatment should have at least 750 beds or the number of beds prescribed by the Medical Council of India (MCI). If a hospital does not have the required number of beds, the private party can upgrade it – add beds and the attendant infrastructure – at its own cost.

The draft says 300 beds and another 20 percent of the remaining beds will be categorised as “regulated beds” or free beds. The rest will be “market beds” on which charges will be levied. ‘Free patients’ will be charged Rs. 10 each for registration.

At present, all beds in the general wards of district hospitals are free and even the rest are subsidised.

The medical college and reservation

Admission fees will be charged as per applicable laws which is not the same as being regulation. With regard to reservation for historically marginalised communities – a Constitutional guarantee in public institutions – the draft does not categorically state that the PPP entity will have to implement the government’s reservation policy.

Instead, it vaguely states that the college linked to a public hospital will “follow the principles of admission for all category of students, including but not limited to” the Scheduled Castes, Scheduled Tribes and Other Backward Classes, the Economically Weaker Section among the upper-castes and non-resident Indians.

The draft says the government will appoint the chief medical officer, CMO. The CMO will have the power to control and take decisions in case of a medical emergency in the district hospital.

The government will also depute a casualty medical officer at the district hospital but the facilities for them will be furnished by the private party.

To oversee and monitor the affairs of the new set-up, an independent expert will be heavily involved in the project right from its inception. The draft does not clearly outline what attributes this independent expert must have, who will identify them and how.

The expert will inspect the district hospital every month and based on the inspection, a detailed report will be prepared. Based on the report, if there is any deficiency, the private party will work on it and a date for the next inspection will be set. The expense on the expert will be shared equally with the private party reimbursing to government its share of the cost rather than paying the expert directly.

The draft’s section on management suggests that the private party will have a free hand there. The district hospital will be run by a management board “comprising of such members as the concessionaire may appoint from time to time”, says the draft, suggesting all members will be picked by the private partner. In the draft there does not appear to be any provision for the presence of a government representative on the board. This is crucial because all appointments of “clinical and non-clinical staff” and head of department of the district hospital will be made by the board.