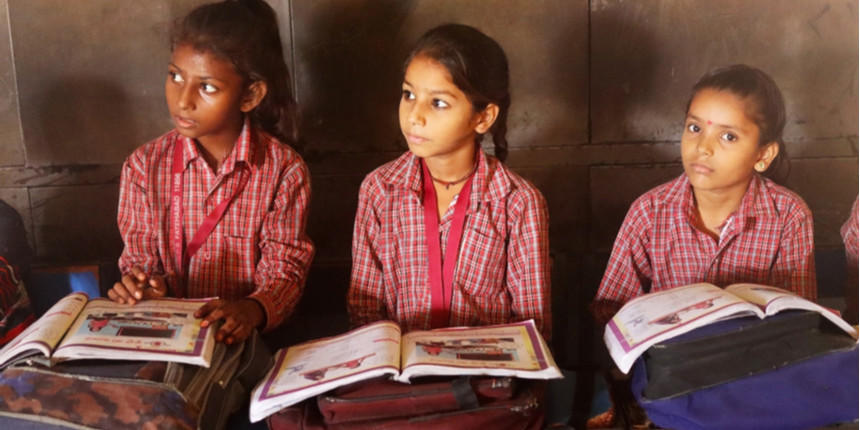 New Delhi: Women and girls are under-represented in school textbooks or when included are depicted in traditional roles in many countries across the globe, according to the Global Education Monitoring Report by UNESCO.

The annual report's fourth edition launched recently points out that not only the number of images of female characters included in the textbooks is very less in comparison to images of males, women are also represented in "less prestigious" occupations and as introverts and passive. While showing men as doctors and women as nurses, only portraying women in subjects pertaining to food, fashion or entertainment, showing women in voluntary roles and men in paid jobs, are among the gender stereotypes pointed out in the report, it also takes note of attempts by few countries to revise the textbook images to reflect more gender balance.

"In Afghanistan, women were almost absent from grade 1 textbooks published in the 1990s. Since 2001, they have been more present but in passive and domestic roles as mothers, caregivers, daughters and sisters. They are mostly represented as dependent, with teaching being the only career open to them," the report said. "Similarly, a review of 95 primary and secondary compulsory education textbooks in the Islamic Republic of Iran showed that women accounted for 37 pc of images. About half the images showing women were related to family and education, while work environments appeared in less than 7 pc. There were no images of women in about 60 pc of textbooks for Farsi and foreign language, 63 pc for science and 74 pc for social science," it added.

The report also takes note of the revision of many textbook images to remove gender stereotypes by the Maharashtra State Bureau of Textbook Production and Curriculum Research in 2019.

"For instance, grade 2 textbooks show men and women sharing household chores, along with a female doctor and a male chef. Students are asked to note these images and talk about them," the report said.

The Global Education Monitoring Report (GEM Report) is developed by an independent team and published by UNESCO. It has the official mandate of monitoring progress in meeting the Sustainable Development Goal on education. The report provides an in-depth analysis of key factors for exclusion of learners in education systems worldwide, including background, identity and ability, gender, age, location, poverty, disability, ethnicity, indigeneity, language, religion, migration or displacement status, sexual orientation or gender identity expression, incarceration, beliefs and attitudes.

"The share of females in secondary school English language textbook text and images was 44 pc in Malaysia and Indonesia, 37 pc in Bangladesh and 24 pc in Punjab province, Pakistan. A Malaysian primary school textbook suggested girls risked being shamed and ostracized unless they protected their modesty.

The Ministry of Education acknowledged weaknesses in quality control and sent a sticker to cover the graphic in question in 2019. "Respondents to a public consultation on gender discrimination in textbooks in the Republic of Korea pointed out that doctors and scientists were shown as mainly male, dancers, housewives and nurses as mainly female. Early childhood education textbooks depicted rabbits and foxes as female and lions and tigers as male," it said.

As per the report, a study of introductory economics textbooks in the United States found that 18 pc of characters mentioned were female, mostly portrayed in relation to food, fashion or entertainment. "An analysis of how women's history was reflected in pre-primary, primary and secondary social studies found that 53 pc of mentions of women in state standards referred to domestic and family roles and 2 pc to entry into the workforce.

"Chilean grade 4 history textbooks had 2 female characters for every 10 male, and their historical contributions were represented with stereotyped views linked to domestic chores. The grade 6 science textbook had 2 female vs 29 male characters," it said.

Women’s under-representation was also observed in Italy, despite its participation in a European Union project in which textbook publishers agreed to a code to improve gender equality in 2017. In Spain, the share of female characters was 10 pc in primary school and 13 pc in secondary school textbooks. One-fifth of more than 12,000 images were of women.

"In Uganda, secondary school physics textbooks generally did not mention the gender of objects and subjects. However, use of gendered nouns and pronouns gave the text gender connotations, while illustrations referred to men," the report said.