Women’s Day: How many young Indian women work and where? 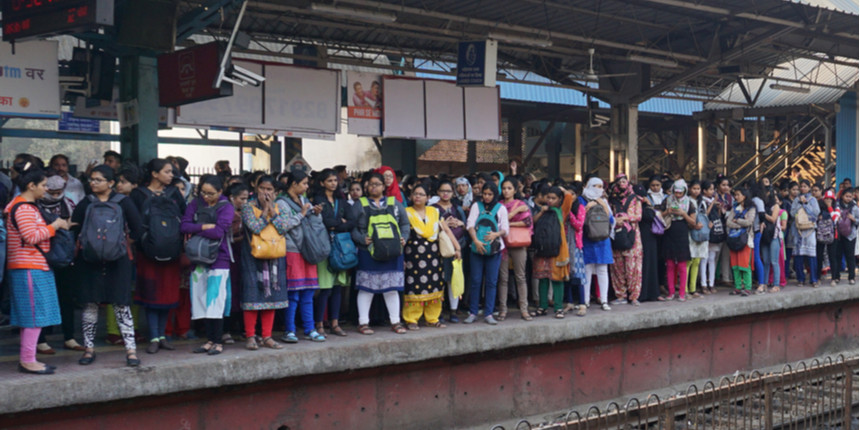 NEW DELHI: The section of women to complete secondary education has increased dramatically over the past decade. In the case of rural women, it has doubled.

Fittingly, the percentage of working women holding better paying jobs has improved -- the sections working as professionals, technicians, associate professionals, clerks, service and sales workers have all grown since 2011. The proportion of women serving as legislators, senior officials and managers has dropped among urban women but increased among their rural counterparts. But overall, participation of women in the workforce has declined over the years between 2011-12 and 2017-18.

For Women’s Day on March 8, Careers360 looked at employment data in the first annual report of the Periodic Labour Force Survey, conducted from June 2017 to July 2018 by the National Sample Survey Organisation under the Ministry of Statistics and Programme Implementation.

Over 1.02 lakh households and 4.33 lakh individuals were surveyed. During the survey period (2017-18), youths in the aged group of 15-29 years constituted roughly a quarter of the total number of respondents. The unemployment rate among young women in rural areas was 13.6 percent and for urban women, 27.2 percent.

The following charts show what proportion of women are employed and in which sectors.

The participation rate of female workers has dropped significantly. According to the latest data, the share of employed women in that age-bracket of 15-29 years has fallen in both urban and rural areas.

The percentage of employed young women dropped from 42.8 percent in 2004-05 to 15.9 percent in 2017-18 in rural areas. Participation dropped in urban areas too, but less sharply. 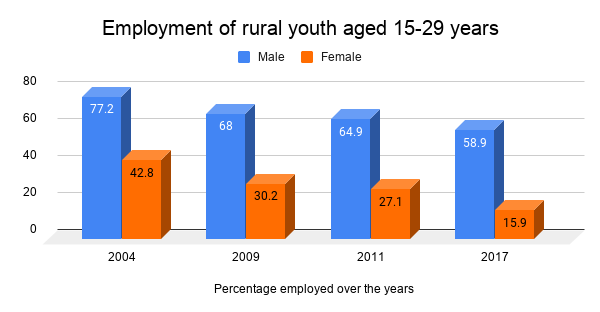 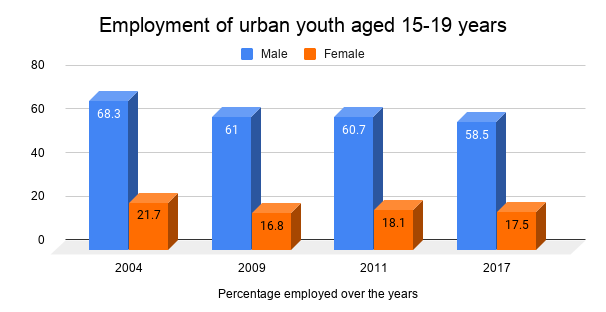 The International Labour Organisation (ILO) data also shows a significant plunge in the labour force participation of women over 15 years old from 32.16 percent in 2005 to 23.41 percent in 2019.

Over the same period, female youth in the age group of 15-29 years grew more educated. In 2004-05, the percentage of rural women in that age-group who had completed secondary education and above was 18.5 percent. In 2017-18, their contingent had increased by 13 percentage points. In urban areas, it rose by 11 percentage points. 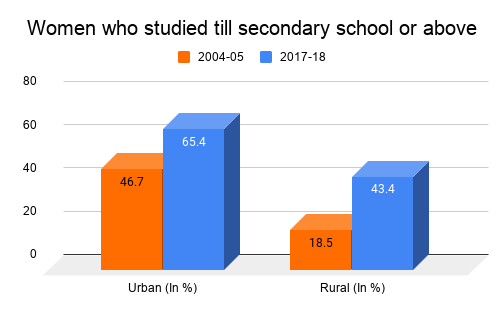 A majority of rural women over the age of 15 find employment in agriculture. Among female workers in urban areas in 2017-18, “other services” sector registered the highest proportion of workers, followed by “manufacturing”. Among other findings, the NSSO data also suggests that a higher number of males are able to get non-formal vocational technical training, increasing their chances of employment in comparison to females. 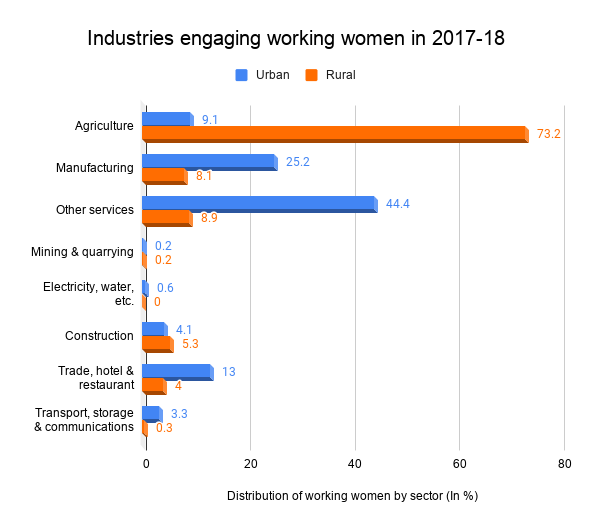 In rural areas, a male casual labour earned nearly 1.5 to 1.6 times what their women counterparts earned in a day. In urban areas, they earned 1.6 to 1.7 times as much.

The NSSO jobs data further suggests that over 85 percent of rural working women were one of three types of workers in 2017-18 – “skilled agricultural and fishery workers”, “craft and related trades workers” and worked in “elementary occupations”. But the percentage of working women in each of these had dropped since 2011-12. 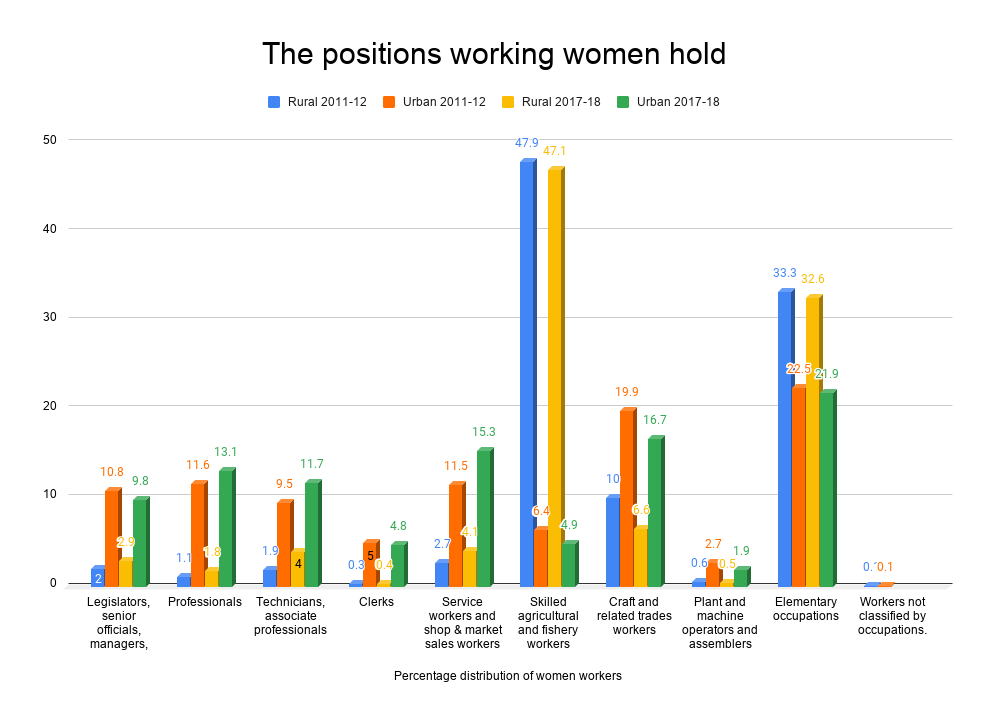 The share of working women in managerial or professional positions, or those working as technicians and associate professionals had risen instead.

Technology to decide what is taught and how at this Digital University
Radhika | Mar 26, 2020