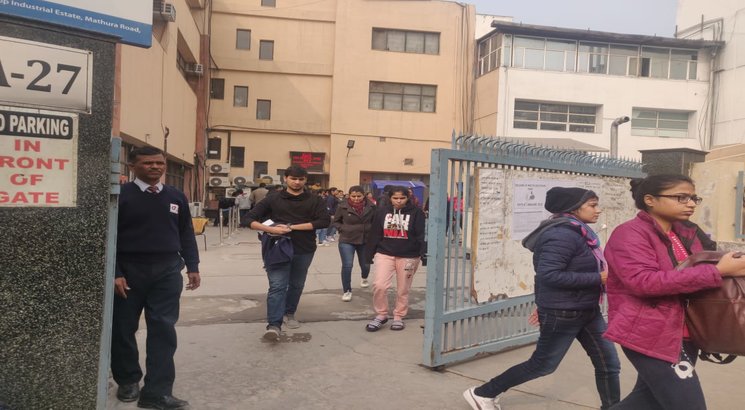 NEW DELHI, JANUARY 6: XLRI Jamshedpur has successfully conducted the computer-based Xavier Aptitude Test 2019 on Sunday, January 6, 2019. With an altered exam pattern of three hours duration, the XAT 2019 exam was moderately difficult. XAT 2019 exam pattern comprised four sections, namely, Verbal and Logical Ability (VA & LR), Decision Making (DM), Quantitative Aptitude and Data Interpretation (QA & DI), General Knowledge (GK). Similar to last year, the Quantitative Ability section was the toughest. However, most of the test takers are of the opinion that Verbal and Logical Ability (VA & LR) and General Knowledge sections were the easiest. The Decision-Making section was composed of multiple sequencing orders which made the section exhaustive among all.

Typically, XAT exam is known for its difficulty level. There have been no reports of technical glitch so far. The experts from various training institutions will now start releasing the XAT 2019 analysis and expected cutoff score. As of now, Career Launcher has released the first impression of the exam. According to their experts, XAT 2019 was similar to previous year’s examination. There were no Numerical Answer Type (Non-MCQ) questions.

XAT 2019 - Number of Questions in Each Section

Kaushal, one of the XAT 2019 test takers from Sarita Vihar test centre spoke to Careers360 correspondents. He said, “I appeared for XAT for the first time and found the exam to be moderately difficult. The QA section was most difficult while the Verbal section was the easiest among all.”

Few candidates, in order to remain focused, did not check their CAT 2018 result which was declared yesterday, i.e. January 5, 2019. XAT 2019 result will be announced on January 31, 2019, and the obtained score/percentile will be accepted by around 150 B-schools across the country.