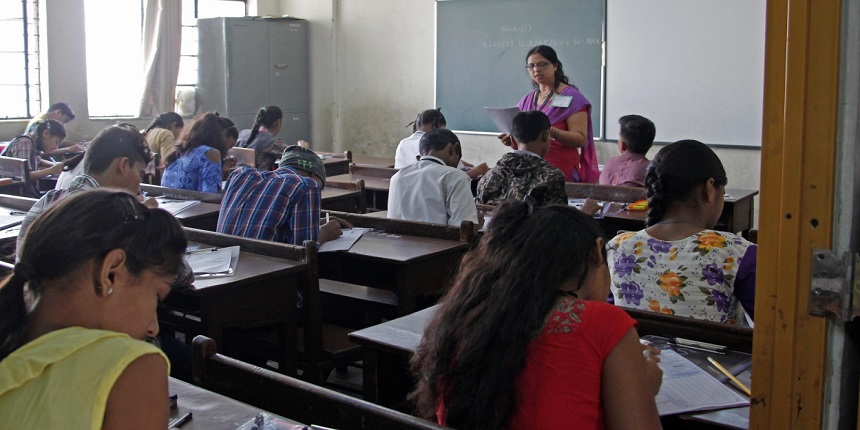 MUMBAI: The Shiv Sena's youth wing Yuva Sena has moved the supreme court seeking cancellation of the final year exams of universities across states in view of the COVID-19 crisis.

Yuva Sena secretary Varun Sardesai told PTI the petition filed by him was admitted on Saturday. The Yuva Sena has demanded all states be given the right to take an appropriate decision based on the prevailing situation in their respective areas. The youth wing is headed by Aaditya Thackeray who holds environment and tourism portfolios in the Shiv Sena-led state government.

The state government has already cancelled the final year/final semester examinations for professional and non- professional courses. "The number of COVID-19 cases has been steadily on the rise and there has been no flattening of the virus curve. Many states and cities have been placed under lockdown again. Even the WHO said tht large gatherings should not be held," Sardesai said.

Today Yuva Sena has filed a writ petition in the Supreme Court with a humble prayer to save lives of lakhs of students, teachers, non teaching staff and their families by asking the UGC to not be stubborn about enforcing examinations when India has crossed the 10 lakh cases mark

Maharashtra has 2,92,589 coronvirus positive cases, including 99,164 in Mumbai, as on July 17. Sardesai said the Yuva Sena had received requests from many students across the country to take up the cause (to cancel the examinations). He claimed that the Yuva Sena had obtained more than two lakh signatures seeking cancellation of exams during an online campaign. "Yuva Sena under leadership of Aaditya Thackeray wrote letters to the UGC and Union HRD ministry to highlight the issue but has got no response," he added.