100 Days of Modi Govt: HRD Minister counts on achievements of other ministries 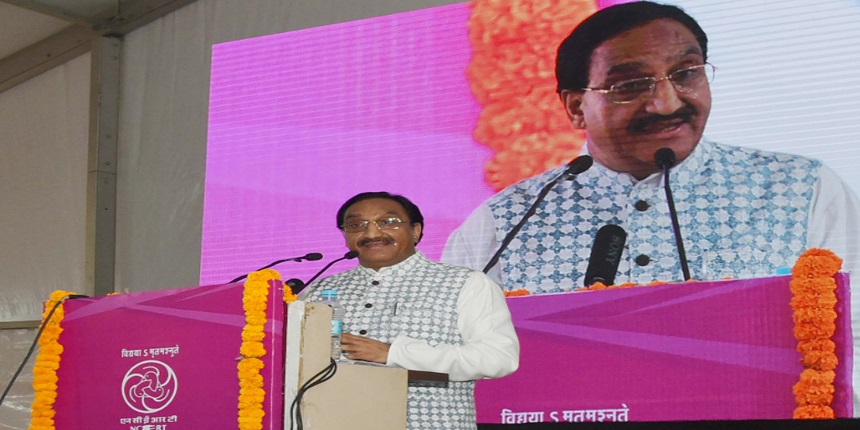 NEW DELHI, SEPTEMBER 10: The Union Minister of Human Resource Development Ramesh Pokhriyal 'Nishank' recently held a press conference highlighting achievements of 100 days of Modi Government 2.0. The HRD Minister highlighted various achievements of the Government in different areas, but ironically he couldn't mention even one major step taken by his Ministry in the past 100 days for the higher education or school education sector in the country.

The Union government has decided to highlight the first 100 days as evidence of its commitment to deliver on its promises with 'speed, skill and scale', and is also stressing on the pace of reform which has increased in its second term. On September 7, the Prime Minister kicked off the 100-day celebrations by handing over the 80th million liquefied petroleum gas (LPG) connection under the Ujjwala Yojana in Aurangabad, Maharashtra.

The HRD Minister while speaking to media in Dehradun on 100 days achievements of the Government said that the multi-pronged nature of decisive actions has been a historic phenomenon. He said that the biggest achievement of the Union government has been the action on the climate of terrorism that was festering for too long. The decision to change the status-quo on Jammu & Kashmir will not only integrate it with India, but it will also benefit the people of Kashmir. The Minister talked about Direct Benefit Transfers, gas connections to 8 crore beneficiary families, Chandrayaan-2 and other things.

The Government is has been talking about Parliament's Budget session as its achievement, as it has been one of the most productive fresh sessions ever after a Lok Sabha election, with 36 bills passed.

Education was supposed to be one of the priority sectors of the government with key reformative measures being undertaken within the first 100 days. There have been some key developments which are yet to see the light of the day. The New National Education Policy is still lying in the public domain after it was submitted to the Government in May this year. Another key legislation that is pending is the establishment of the Higher Education Commission of India (HECI) by replacing the University Grants Commission (UGC). The government last year in June announced to replace UGC by a new body HECI, many of the institutions are grappling with funding and faculty shortage.

The only achievement that the HRD Ministry can highlight is the announcement of 10 names for the Institutions of Eminence (IoE) status.

While the tenure of the new HRD Minister has been mired in controversy and each time ministry has to come out with a clarification. As soon as Pokhariyal joined the ministry a BJP leader from Himachal Pradesh Manoj Verma has filed a petition before President of India appealing for declaring his oath-taking as Cabinet Minister null and void based on allegedly 'fake' doctorate degree. Pokhariyal has also been scouting controversy by making some unscientific claims first at IIT Kharagpur related to Ram Setu, later at IIT Bombay by claiming that NASA (America’s National Aeronautics and Space Administration) has stated that Sanskrit would be the basis for a computer capable of spoken-language.

It would have been better had HRD Minister talked about the roadmap of this ministry for next few years and outlined the blueprint on which the Government will be working to improve the education sector, along with highlighting the other achievements of the centre.