NEW DELHI, DECEMBER 6: In wake of protests by a number of students in Banaras Hindu University, the Lanka police has lodged an FIR against the BHU Chief Proctor, Royana Singh. The unrest of BHU students in the university campus began with a protest by a group of law students demanding permission to appear in the internal examinations. As per the BHU administration, the law students had been debarred from exams due to attendance shortage. 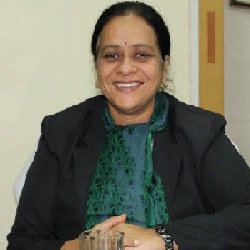 The BHU students’ protest escalated on November 29 after BSc Nursing students staged a sit-in ‘dharna’ demanding recognition of their Nursing college by the Indian Nursing Council (INC). A viral video of protestors being removed forcefully by the proctor board personnel, later added fuel to the students’ agitation, who demand removal of Royana Singh from the Chief Proctor office.

What came as a more shocking incident was one of the BSc Nursing student alleged that the chief proctor had even slapped her during the protests. On complaint of the BSc student, an FIR complaint was lodged against Royana Singh, who holds the BHU chief proctor office.

The chief proctor, on the other hand has also lodged an FIR against as many as 125 BSc Nursing students for blocking road and other sections during their protests, informed the Lanka police department.

Royana Singh is the first woman chief proctor of the 101-year-old university.