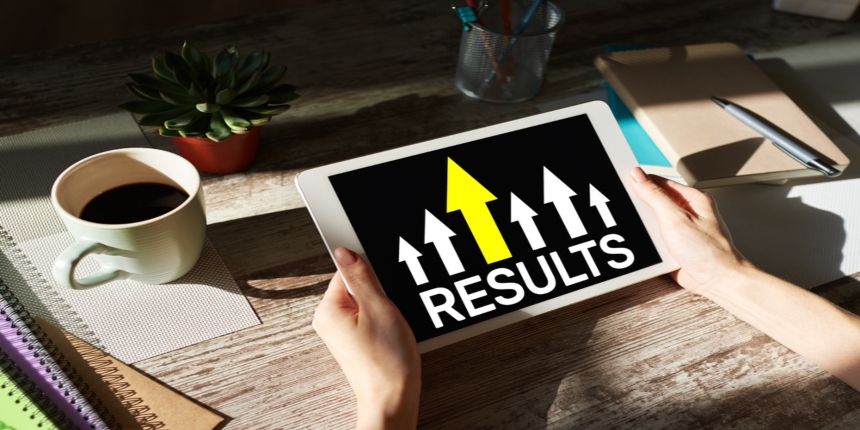 NEW DELHI, AUGUST 13- The Institute of Chartered Accountants of India (ICAI) will declare the result of CA Foundation and CA Final for May 2019 session around 6 pm today, August 13. This announcement came after ICAI decided to release the Foundation and Final result earlier than the original scheduled date. According to Dhiraj Khandelwal, Central Council Member of ICAI, the result will be out today by evening 6 pm. Check the official’s tweet on the same below:

The result will be declared in online mode. Earlier, the ICAI officials had announced that the result will be declared by 6 pm on August 14. However, now, with the fresh changes, the authority will release it around the same planned time, but a day in advance - August 13. Apart from the ICAI officials, the information has also been released on the official site of the institute. Check the screenshot below. 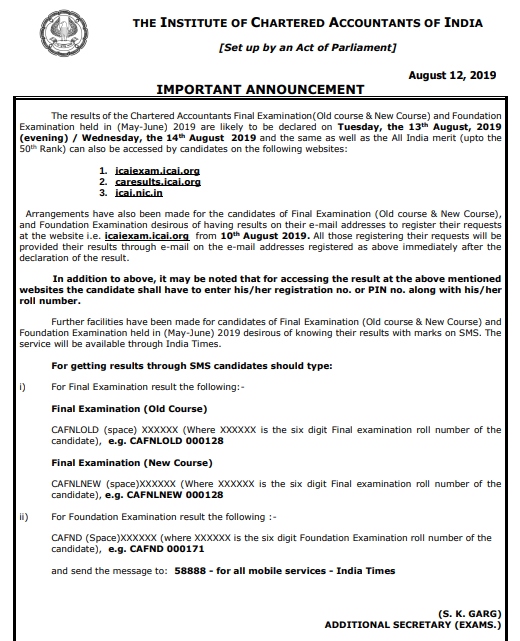 Candidates of CA Foundation and those of CA Final (new and old syllabi) will be able to access their result through login on the official website as well as through SMS and email. Candidates have the option to request for registration with ICAI to receive result directly on their email at the time of declaration which was opened from August 10. For accessing the result via login, candidates need their roll number along with registration number or PIN.

The result for both the courses can be checked online through login at the following websites:

For checking the result via SMS, the following text message has to be composed:

Further, the candidates have to send the above text to 58888.

The result will be accompanied with a merit list for May 2019 session containing top 50 rank holders separately for CA Foundation, CA Final old syllabus and CA Final new syllabus.