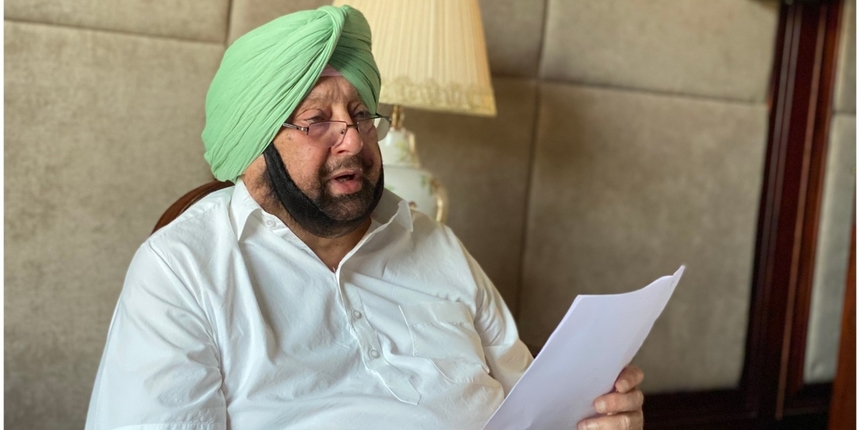 NEW DELHI: The Punjab cabinet on Tuesday gave its nod to set up a law university in the border district of Tarn Taran to commemorate the 400th birth anniversary of Guru Teg Bahadur, officials said here.

The cabinet, under the chairmanship of chief minister Amarinder Singh, approved the 'Sri Guru Teg Bahadur State University of Law Bill – 2020' for presentation in the forthcoming session of the state Assembly on August 28, they said.

The draft bill, prepared by the Higher Education Department, seeks "to establish and incorporate a state university for the development and advancement of legal education and for the purposes of imparting specialised and systematic instruction, training and research in the field of law and for the matters connected therewith or incidental thereto", an official statement said.

The cabinet also approved a proposal for the introduction of the Punjab Goods and Services Tax (Amendment) Bill, 2020, thus paving the way for simplification of provisions and processes to levy and collect taxes under PGST, it said.

According to a spokesperson of the Chief Minister's Office, the introduction of the bill would not only ensure simplification of provisions and processes but also make it more user-friendly. He said the Punjab Goods and Services Tax (Amendment) Bill, 2020 envisioned to provide changes so as to make the levy and collection of taxes under the GST effective and easier.

Five ordinances, including that of regulation of private clinical establishments, will also be presented during the one-day Assembly session for enactment, the officials said.

These are related to the regulation of private clinical establishments, temporary release of some prisoners amid the COVID-19 pandemic, control of drug dispensation by private de-addiction centres, industrial disputes and child labour, according to the statement.

The cabinet also approved the release of a total of Rs 75.75 crore recurring grant for 11 more constituent colleges at Rs 1.5 crore per college per annum from the year 2016-17 to 2020-21. With this, the total number of colleges to which the state government is paying recurring grants has gone up to 30, the statement said.

The grant would help in the timely release of salaries to teachers, thus motivating them to continue imparting better quality education to the students, it added. The cabinet also approved filling up of 428 regular vacancies of medical officers (specialists) on an urgent basis. It also gave ex-post facto approval to 107 posts already filled up for six specialities, as per the statement.

The chief minister said the staff needed to be onboard urgently to tackle the crisis as the state was projected to be headed for a peak in the pandemic.