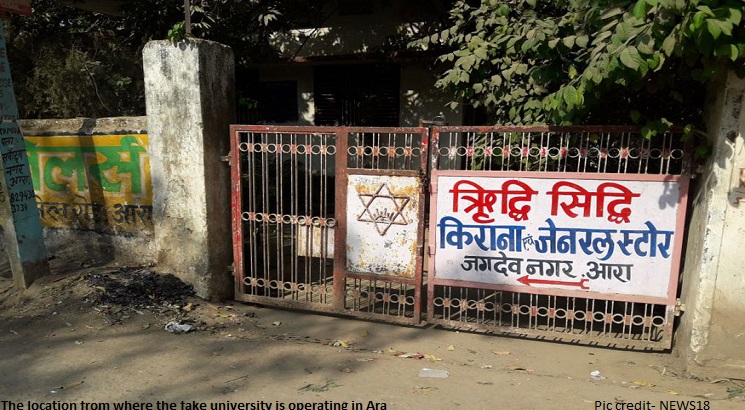 NEW DELHI, AUGUST 3: The Central Bureau of Investigation (CBI) has conducted raids at medical colleges in Bihar offering ‘Fake’ degrees in Allopathy, Homeopathy and Ayurveda. The CBI conducted the raid at two colleges located in Muzzafarpur and Nawada districts upon instruction of the Patna High Court, it has also seized documents from the two colleges.

The Patna High Court on July 10, ordered CBI to register a case against the fake university, Council of Patent Medicines, running from Arrah district of Bihar. The fake university had affiliated eight colleges running at Muzaffarpur, Nawada in Bihar; Faridabad in Haryana and some in Bangalore and Kolkata.

Reportedly, till date as many as 800 candidates have been awarded fake degrees by these fake colleges affiliated to Council of Patent Medicines. These institutions were functioning without any permission from the Medical Council of India (MCI) and the Central Council of Homeopathy.

The matter came to light when Haryana government banned some individuals from practising as medical professionals. These candidates were awarded degree by a Haryana-based medical college affiliated to the Arrah-based fake university. The individuals then approached the Patna High Court which asked the Bihar Government to submit its report.

The matter was later referred to the CBI and on direction of the High Court on July 13 this year it registered FIR against Dr Gaya Prasad Nirbhay, Director of Council of Patent Medicines; Director, JP Institute of Patent Medical Science and Hospital, Muzaffarpur; Dr B.K. Srivastava some unknown officials for running fake medical colleges without permission from the MCI and the CCH.