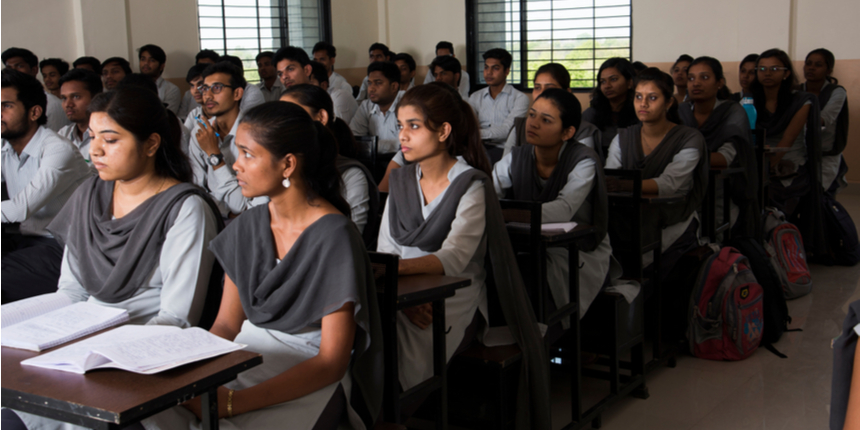 NEW DELHI: The Supreme Court Monday said that private, 'patrachar' and second compartment students of CBSE class 12 can apply for admission for higher studies on provisional basis subject to undertaking that they would produce their results before the concerned institutions within one week of its declaration.

The apex court was informed by the counsel appearing for the Central Board of Secondary Education (CBSE) that result of class 12 private, 'patrachar' and second compartment students would be declared by September 30. The 'patrachar' students, according to Delhi Government's education department website, are those who are registered in patrachar vidyalaya where study materials are made available to those coming from weaker sections of society or those who are drop-outs.

A bench headed by Justice A M Khanwilkar noted that lawyers appearing for the University Grants Commission (UGC) and All India Council for Technical Education (AICTE) have submitted before it that these students can apply for admissions on provisional basis subject to producing results which are to be declared by the CBSE. "In other words, the petitioner can apply to relevant courses for pursuing higher studies on provisional basis and on giving undertaking that the results as declared by CBSE will be submitted to the concerned college/institution within one week from its issue by the CBSE,” said the bench, also comprising justices Hrishikesh Roy and C T Ravikumar.

The top court was hearing a plea which had raised grievances, including that there may be delay in the announcement of results of CBSE class 12 private, 'patrachar' and second compartment students which may deny admission to these students for higher studies. The counsel appearing for the petitioner said that results of nearly one lakh private, 'patrachar' and second compartment students of CBSE class 12 have not been declared while for regular students, it has already been announced.

When the bench asked the CBSE's counsel about it, the lawyer said all the results will be declared by September 30. The bench noted in its order that counsel for UGC has submitted that even if the results are not available, admission process for higher studies commences before September 30 and the petitioner and similarly placed students can apply for admission on provisional basis subject to producing the results declared by the CBSE. It noted that AICTE's counsel has also submitted that these students will be permitted to take provisional admission subject to producing the result to be declared by the board.

The apex court had in July dismissed a plea seeking reconsideration of its June 22 order refusing to interfere with the CBSE assessment scheme for conducting offline exam of class 12 students of private, 'patrachar' and second compartment amid the COVID-19 pandemic. The plea had sought review of the scheme as per which the offline exams would be conducted from August 15 to September 15 this year.

In its June 22 order, the apex court had refused to interfere with the assessment scheme propounded by both the CBSE and the Council for the Indian School Certificate Examinations (CISCE) for evaluation of class 12 students, whose board examinations have been cancelled due to the pandemic.

The court had approved the CBSE's scheme to take offline examination of students of private, 'patrachar' and second compartment as their evaluation under the scheme based on internal assessment of their results in class 10, 11 and 12 respectively cannot be undertaken. The Centre had earlier told the court that the CBSE will be adopting 30:30:40 formula to evaluate class 12 students based on the results of Class-X, XI and XII examinations respectively.