Afghanistan Crisis: Delhi University’s VC, Dean, director and other members had a meeting with the students from Afghanistan and assured them help. 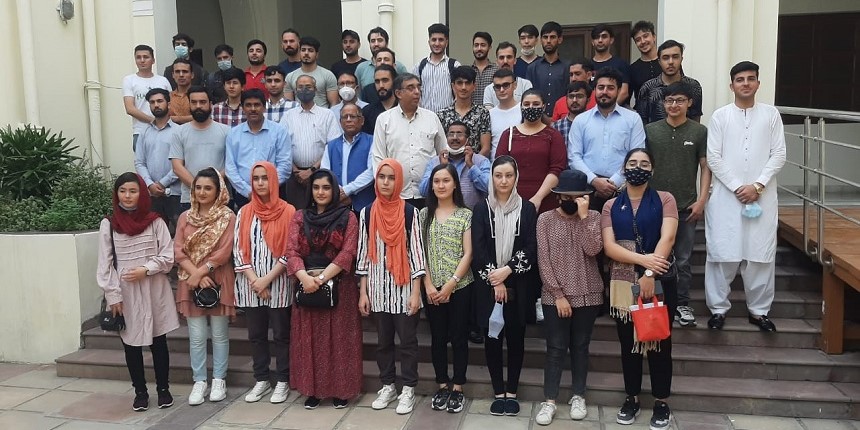 NEW DELHI: Delhi University’s offices of the Dean Students’ Welfare and Foreign Students' Registry organized a meeting of the University authorities with Afghan students, who are currently studying in the various undergraduate and postgraduate programmes in DU, on August 19, as per an official statement from the university.

On Thursday, a team of DU’s Vice Chancellor, Dean of colleges, director of South Campus and others met students from Afghanistan in the council hall and listened to their problems of visa extension, Indian Council for Cultural Relations (ICCR) scholarship, accommodation and financial issues.

According to the statement, DU Vice Chancellor P C Joshi assured the Afghan students that the university will offer all kinds of help and it stands in solidarity with those students.

Recently, IIT Delhi released a statement saying that it is doing all possible things to help students from Afghanistan. IIT Bombay also allowed Afghan students to join its campus amid Afghanistan crisis. Several IITs are making efforts to help Afghan students who are stuck in Afghanistan which is under Taliban’s control now.