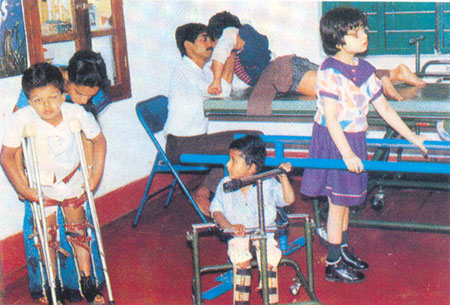 Bengaluru: A differently-abled SSLC student in Bantwal in coastal Karnataka has become a toast of the town for his determination to write the examination.

The boy did not allow his inability to write with his hands come in the way to pursue his academic career.

On Thursday when the SSLC or the 10th class exams started in the state, Kaushik Acharya sat on the floor, fixed the pen between his toes and wrote the examination.

Studying in the SVS High School, Kaushik has been using his toes to write. His determination won accolades from Karnataka Minister for Primary and Secondary Education S Suresh who showered praises on the boy.

Sharing his photograph of writing the examination, Kumar wrote on his Twitter: "My affection to this boy Kaushik from SVS High School in Bantwal who wrote the entire examination using his toes without taking anybody's assistance." Kumar added that people like Kaushik add meaning to life.