India, UK to set up joint task force on recognition of qualifications

The decision was taken at a meeting of education minister Ramesh Pokhriyal ‘Nishank’ and UK foreign secretary, Dominic Raab 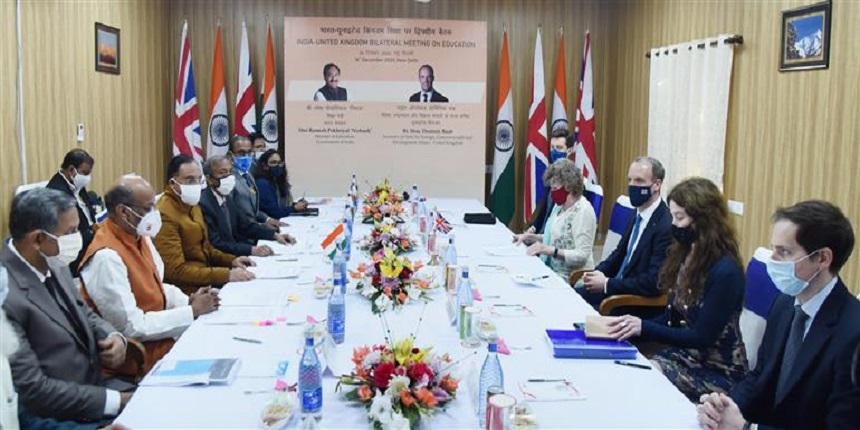 NEW DELHI: India and the United Kingdom have resolved to strengthen their educational collaboration. They are setting up a joint task force on mutual recognition of academic qualifications over the next year.

During a bilateral meeting between Indian education minister Ramesh Pokhriyal ‘Nishank’ and UK foreign secretary, Dominic Raab, India and UK have agreed to set up a joint task force consisting of higher education organisations from both countries to work towards “mutual recognition of academic qualifications:. The composition of the task force and its modalities are yet to be finalised.

As per a statement issued by the education ministry, Raab also hailed India’s National Education Policy (NEP) 2020 as “visionary”, and said the proposed reforms will open up opportunities for students, the economy and for deeper engagement and collaboration between the two countries.

Speaking on the occasion, Pokhriyal said that setting up of a joint task force will expedite the process for achieving mutual recognition of academic qualification. This will support India’s agenda for internationalisation of higher education.