For over 10 years Dorje Angchuk has been photographing astronomical phenomena as they look from earth. In August, he was nominated to the International Astronomical Union for it. 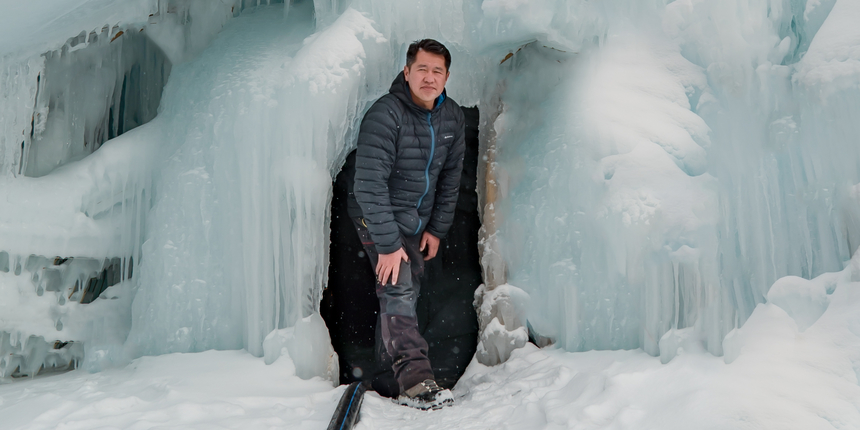 NEW DELHI: In Dorje Angchuk’s images, the real drama is in the background. The High Altitude Gamma Ray (HAGAR) array of telescopes in Hanle make impressive images even during the day, set as they are against the Himalayas and the intense blue of the Ladakh sky. But in Angchuk’s photograph of them taken at night, a curtain of stars hangs in the back along with the smoky, veined arch of the Milky Way.

Angchuk, 47, is the engineer-in-charge of the Himalaya Chandra Telescope at Hanle, has been photographing the night-sky over Ladakh for years, capturing through his lens how astronomical phenomena transform the cold desert landscape beneath.

In August, he became the first Indian to become an honorary member of the International Astronomical Union (IAU), a nominated position for non-scientists who make significant contributions in the field of astronomy and astrophysics. Angchuk is among 11 nominated members from around the world who will join a select list of just 20 honorary members.

Angchuk’s telescope is remotely-controlled by the Indian Institute of Astrophysics, Bengaluru. But Angchuk was not nominated to the IAU for his day-job but his hobby – astrophotography, capturing on camera celestial events or astronomical objects in the night sky.

In 1986, when he was nine, Angchuk was one of the first kids to visit the newly-set-up telescope at Leh. The year was significant for astronomy as it marked the return of the Halley’s Comet, visible just once every 75 years.

Although he missed the comet, Angchuk was in awe of Saturn, up close through the huge telescope. Set up as a collaboration of several astronomical research institutions, it was soon removed from Leh but not before instilling in Angchuk a permanent fascination with the night sky. Later, he would become a dark-sky campaigner, supporting the people’s rights to enjoy starry skies without the interference of artificial lighting. He has photographed the Milky Way, various comets, meteor showers, rare novas and star clusters. He knows from which points the night sky is at its most magical. 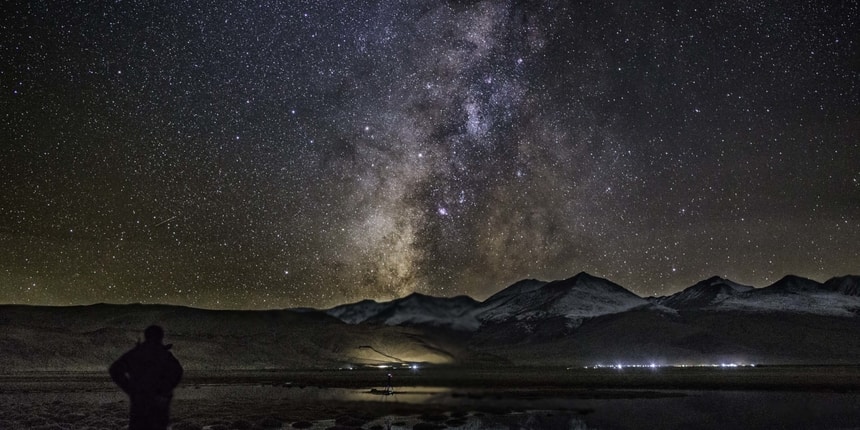 Born in Spituk, Angchuk went to school in Leh. Upon graduating from the department of electronics and communications at the National Institute of Technology Surat, he had two options before him: a well-paying, stable job at the PowerGrid or to work as a trainee engineer at the upcoming Indian Astronomical Observatory at Hanle, Ladakh.

“I opted to go with the Hanle observatory....I thought I would be able to work in the field of my interest and will also be closer to home. Also, I felt that the opportunity for growth is more in such an upcoming organization,” said Angchuk.

When Angchuk joined in 1998, construction had just begun on the Hanle observatory, set at a higher altitude than any other in the world. It was inaugurated in 2001. “I was not sure [I made the right decision] at the time but now looking back, it all fell into place,” said Angchuk.

Angchuk developed the hobby of astrophotography late – he was awaiting the development in cameras.

“At the time, the technology was not there. It was only in 2010 that I met a senior astrophotographer named Ajay Talwar who mentored me. He came all the way to Ladakh to shoot the night sky. I thought, “If he’s coming this far away to take photographs, then why can’t I take some?”” said Angchuk.

“He was the one who prompted me to buy a camera. I took out a loan to buy my first, a Canon 500 D, and started clicking pictures of the beautiful nightscape,” said Angchuk. It took him some time to get decent shots.

Angchuk remembers catching a star trail later in 2010 as his first successful attempt at astrophotography. He has had many sleepless nights since then.

Over the years, Angchuk has captured comets, meteors, various planets and the Milky Way. He said the Hale-Bopp comet was one of the most beautiful astronomical events he has seen.

In 2017, Angchuk won the Comet 2020 photography contest for clicking the Neowise Comet from Ladakh. His photographs were later featured in the New Yorker magazine and the Association of Asia Pacific Physical Societies among other publications.

For Angchuk, the best part about astrophotography is that it is making more people aware of the night sky.

“I’m happy that many people started looking up at the sky after photographs of the night skies started to emerge. People were curious and some of my friends would ask if the Milky Way was visible. When I’d say, “Yes”, they would be really interested. The DSLR revolution that happened at the time really helped the cause,” said Angchuk. The IAU membership, he hopes, will help draw further attention to nightscapes. “I still can’t process it,” he said. “It gives me further encouragement to pursue my hobby and to give more exposure to the nightscape of Ladakh and India.”