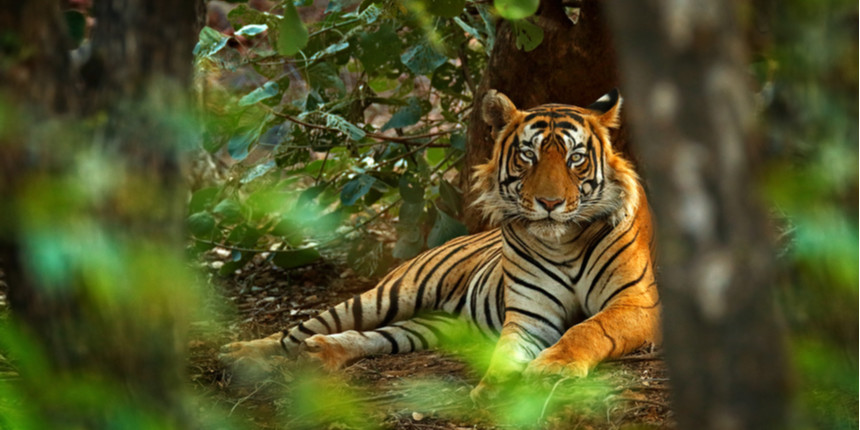 NEW DELHI: Genetic data of tigers can be accessed through shed hair, says a new study.

The scientists studied the hair shed by the tiger T47 in Ranthambore Tiger Reserve and discovered that he might belong to the same family as the tigress Machali.

“Collecting and sequencing the whole genome with shed hairs of tigers is something that has been done for the first time,” said Anubhab Khan, who led the study done by the National Centre for Biological Sciences (NCBS), Bengaluru, in collaboration with the Rajasthan Forest Department and Medgenome Labs.

Usually faecal samples are used to sequence the tiger genome, but the data has very low accuracy on pedigree relationships. They also fail to accurately show inbreeding possibility because the faecal samples have a lot of traces of bacterial, fungal and prey DNA.

They also discovered that the tiger T47 might belong to the same matriline as s Machali. T47’s lineage was not known until now.

Researchers believe that Machali’s genome will throw light on the tiger population of Ranthambore which dipped in 2005.

They claim that the new method is less time consuming and also non-invasive method which can identify the family tree of big cats.

Till now, researchers have been collecting blood or tissue samples, considered as good sources of DNA for reading the genetic data.

“Collecting blood or tissues samples requires a long wait and the right opportunity. And these rare opportunities came only when a tiger had to be translocated or it would lose its way to a human habitat when it had to be tranquillised,” said Khan.

Identifying family relations of tigers is difficult as they do not move in herds. With the new method, it is possible to sequence the whole genome or read the entire genetic code by studying shed hairs. “Up to 12 strands of hair are required for coming up with the genetic data,” Khan said. The data sequencing will help trace family traits.

The team followed the individual tiger from a safe distance, marking the areas the tiger crossed and the bushes and the shrubs it brushed against while walking. They also noted where it rested. Later on, they collected the samples for testing in the lab. “This we did as we were also searching for the faecal samples,” Khan said.

On the comparative study of faecal samples shed hair and blood samples, the team found that DNA sequencing from shed hair match with the sequencing done with blood samples. The results are identical when it comes to showing population genetic clusters.

“We just collected the strands and did the data sequencing. We were trying to cut down on time. And it worked so well,” added Khan.

The main objective is to curb inbreeding as much as possible, which may help increase their population. “When we get to know the lineage, decisions regarding translocations can be made to minimise inbreeding thus giving rise to healthier progeny,” Khan concludes.