Interview: ‘We have heroes in our government schools’ 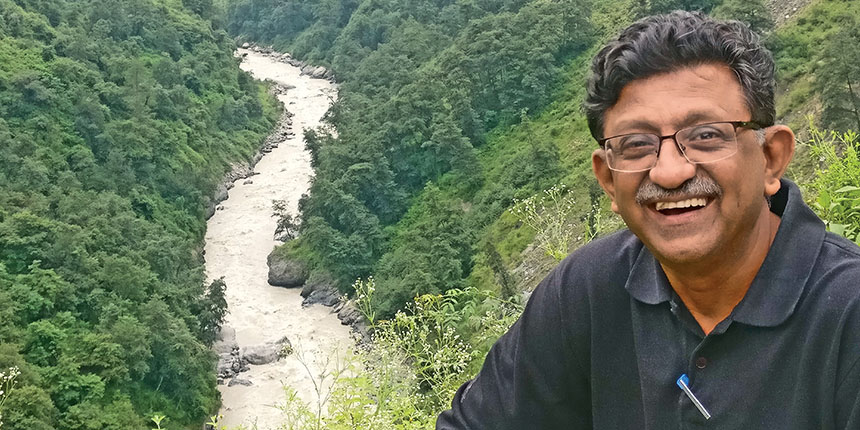 NEW DELHI: Starting with one in Yadgir, Karnataka, in March 2017, S Giridhar travelled to over 110 schools in five districts spread over Karnataka, Uttarakhand and Rajasthan. It was a qualitative study of good government schools and teachers in areas where the non-profit, Azim Premji Foundation, has been working the longest. By the time he reached the last school in Tonk, Rajasthan, in November 2018, he had met around 250 of the public school system’s most committed and effective teachers and principals. What Giridhar, chief operating officer of Azim Premji University, saw was compiled into the book, Ordinary People, Extraordinary Teachers: The Heroes of Real India. He spoke to Careers360 about teachers, communities and their schools.

Your book begins with a statement of support for government schools and is also quite critical of the public discourse on them.

There is an overriding narrative in the popular press where only the negative aspects are highlighted. But there are a significant number of teachers doing very good work. People must recognize we have heroes in our government schools. The myth about teacher absenteeism has also been thoroughly debunked by our own study. We must appreciate that government school teachers overcome many challenges; they function in adverse circumstances and need support both academically and administratively.

A common feature of a large number of schools covered in the book is how they have established a relationship with the community, the residents of their areas.

In schooling, parents must be involved. In rural areas, the support and involvement of the community is vital. Around 30-40 percent of parents are illiterate; some, barely literate. Quite a few are daily-wagers. For many children, both parents go to work. It is within such constraints that the school has to demonstrate that the children are cared for, safe and are learning well. This becomes important especially where parents, despite difficulties, are tempted to put their children in private schools of questionable quality. Studies show that parents in these areas send only boys to private schools, creating another imbalance we can ill afford. Teachers have to make parents take an interest in their children’s education, ensure they send them to school and make sure they are learning. Keeping the community informed encourages parents to keep children in government schools.

Parent-teacher meetings for these schools are perhaps more important than in urban private schools. These schools go the extra mile – for annual days and meetings, they phone parents to ensure they attend the event. Some schools invite parents to morning assemblies. Because both parents go to work, parent-teacher meetings have just 20-30 percent attendance. In villages where the contractors don’t call workers on Amavasya, or new moon day, smart head-teachers hold PTMs on that day, ensuring a much higher parent attendance.

You describe the contexts the children come from in great detail. But now, schools are assessed within quality frameworks and policies are framed on the basis of progress that is quantifiable through tests.

A. The book offers a qualitative understanding of what a good school is. Very often, good schools do well in a variety of ways, on both qualitative and quantitative parameters. In many of the schools children do well in stateheld tests. They cleared entrance tests for Navodaya Vidyalayas and Morarji Desai Residential Schools (in Karnataka). That is an indicator of quality. Then, some schools had a large number of students getting merit-cum-means scholarships.

Those in governance look at a million schools, take samples and train people. So, they tend to look at achievement tests. But if you do only that, you might miss the other nuances. We have to recognize the limitations of such large scale standard tests. In the course of our study we saw a child express her concern for her classmate’s grandmother in an essay. That gave us insight into the quality of education she is receiving. The more important thing is that the last child in the class is learning. That is an important indicator of the emphasis on equity in the classroom.

The growth of an institution appears to hinge on single individuals and their motivations.

To a large extent, the leader of the school and teacher determine what happens there. However, if you do a similar survey at a block or district level, I think you’ll find committed administrators doing this kind of work. In some of the stories in the book, teachers also acknowledge that they are able to go the extra mile because of the support of the block or district education officer or the panchayat.

At the same time, yes, the system could be organized in such a way that you are not dependent on an individual’s initiative. That mitigates the vulnerability. There’s a chapter on team work because that is where the vulnerability gets reduced – the head teacher and the teachers together manage the school so it’s not so dependent on one teacher.

It’s striking how very recent some of the basic developments are - a school was trying to organize drinking water in 2013, a library in 2016. And schools still depend on communities for these.

We must acknowledge that on access and retention, India has progressed significantly. Fifteen years ago, 80-85 percent habitations had schools but now, it’s 99 percent. Many schools have added classrooms and functional toilets. Teachers have their own ways of managing. All said and done, the person closest to the school is the community. The community must take ownership, be vigilant. That said, the fact remains that the government should spend more.

Some of the schools you visited are ‘model schools’. Many activists argue that picking a small number of schools and resourcing only them is discriminatory. What is your take?

When a state decides to create a model school, it invests a lot more in that school. Each subject has a teacher, there is good infrastructure and facilities. You’re trying to create an exemplar school. In Uttarkashi, the model schools really are exemplary. But they remain isolated islands of excellence. There won’t be any ripple effect or any multiplier effect. And that according to me is the most important argument against the creation of such model schools.

There is a lot of emphasis now on the use of technology in learning. But most of the successful schools featured in the book didn’t need much more than WhatsApp.

Technology in simple terms is meant to be an aid to the teacher. Earlier, with laptops or desktops, you needed computer proficiency, space and time. You needed power backup and funds. Now, smartphones have made technology accessible to teachers. Teachers are building their own peer networks, sharing and exchanging material and information. Their vocabulary, their understanding of English is better. They download experiments, explanations etc. and are able to use and share these in their classrooms. One teacher, in a memorably innovative manner, put an expanding lens in front of his mobile to show this material to children.