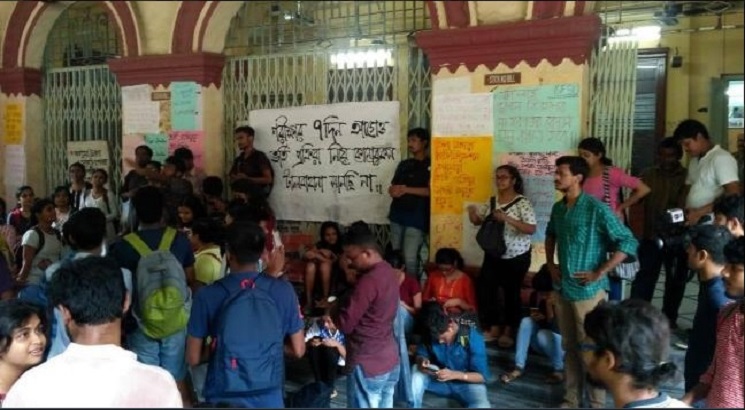 Prof Das was confined to his office for 24 hours during the ongoing protest by the students. After he was freed, prof Das said that he plans to write to the West Bengal Governor Keshari Nath Tripathi apprising him of the difficulties in performing his duties.

The students of Jadavpur University have been protesting ever since the administration decided to do away with the entrance examination for undergraduate courses in the Arts Faculty. According to the announcement, admission to six courses - English, Comparative Literature, History, Bengali, Political Science and Philosophy, offered by the Arts faculty will be based on candidate’s class 12 marks, instead of the existing admission process which is through an entrance examination.

As per the University administration, the move is aimed at bringing uniformity in the admission process as students are admitted to science courses only on basis of their Class XII marks.

On the other hand, students are claiming that the change in norm have been introduced to bring in Trinamool Congress youth cadres into the University, so far dominated by left ideologues.

Speaking to the media, the Vice-Chancellor said that it is unfortunate the way some students have kept us in wrongful confinement. Suranjan Das said, “I respect the democratic right of students, they have every right to protest, but do they have the right to infringe upon the democratic rights of senior citizens like us?”