'Khichdification' of medical education: IMA on surgery nod for Ayurveda 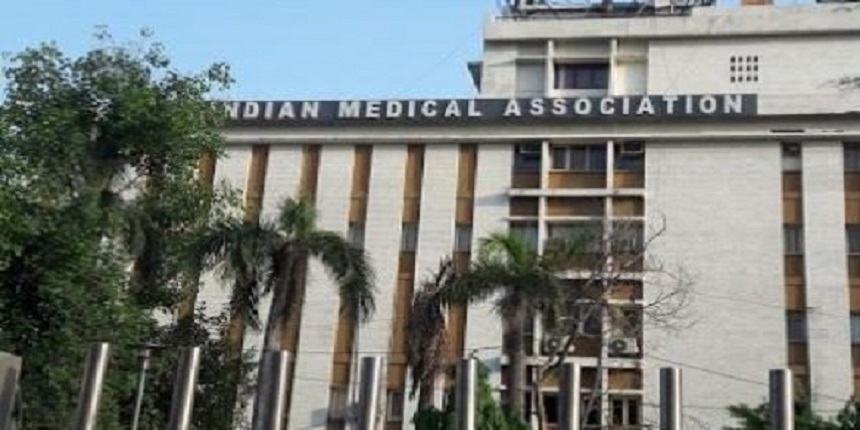 NEW DELHI: The IMA on Tuesday demanded withdrawal of a Central Council of Indian Medicine (CCIM) notification authorising post-graduate Ayurveda practitioners to be trained to perform general surgical procedures, saying the move was a "khichadification", or a confused mix, of medical education and practice.

The November 20 notification by the CCIM, a statutory body under the AYUSH Ministry to regulate the Indian systems of medicine, listed 39 general surgery procedures and around 19 procedures involving the eye, ear, nose and throat by amending the Indian Medicine Central Council (Post Graduate Ayurveda Education) Regulations, 2016.

The Indian Medical Association (IMA) on November 22 had condemned the move, describing it as a "retrograde step of mixing the systems". In a statement issued on Tuesday, the IMA said the long list of modern medicine surgeries that have been enlisted under Shalya Tantra and Shalakya Tantra squarely fall under the ambit, authority and jurisdiction of the modern medicine practice.

While the AYUSH Ministry issued a clarification claiming that the technical terms and modern developments are a common heritage of mankind, the IMA rejected their clarification as being "deceptive camouflage of mixing the systems of medicine". "The entire modern medical profession of the nation feels betrayed by the level of violation and encroachment by the Central Council of Indian Medicine (CCIM). "It is nothing but a blatant attempt at mixopathy and khichadification of medical education and practice.

The CCIM amendments cannot be seen in isolation. The National Education Policy 2020 speaks of medical pluralism and lateral entry laying the foundation legitimising mixopathy. "India remains at the frontier of modern medicine today with medical care of international standards and well-reputed Indian doctors serving the globe. What is the point in losing such a legacy and leadership," asked IMA national president Rajan Sharma.

Seeking an emergency session, the Central Working Committee of IMA has directed all the 28 state branches to hold their State Working Committees. The quantum and timing of the first all-India response to the situation is being determined which, IMA said, it ensures will not be later than December 2. "This is not the issue of the profession alone, but also entails serious inroads into the healthcare delivery system of the country.

This involves calibration of patient care for years to come and people of India have a right to understand these manoeuvres. The patient's choice to choose the system of medicine is being taken away in the naked attempt to mix all systems of medicine," said IMA secretary general RV Asokan. "The empty words of the AYUSH Ministry of deep commitment to maintain the authenticity of Indian systems of medicine and that it is against any mixing of systems sound hollow in their pregnant silence to the medical pluralism advocated by the National Education Policy, 2020 and the infamous attempts of NITI Aayog to mix all systems of medicine into a single integrative system. They remain culpable and cannot be absolved of the crime," he said.

The IMA further stated that there are a plethora of issues arising out of such indiligent decisions which will directly impact patientcare and safety and it also questioned about the use of terminologies by Ayurveda practitioners. Questioning if AYUSH have their own anesthesia drugs and procedures, IMA asked whether the pre-anesthetic medication would be named as AYUSH drug, and the AYUSH doctors would be termed as AYUSH anesthetists. "It is very obvious that AYUSH is dependent on modern medicine doctors, anaesthesia, antibiotics and equipment to perform modern medicine surgical procedures.

It fails the test of logic behind such irresponsible initiative placing thousands of gullible patients at risk," the doctors' body said in the statement. It questioned what about postoperative care and infection control and how will a system not subscribing to microbial theory find a way to control sepsis. It asked how the government will find adequate resources to create new infrastructure from nowhere to fend for this modern medicine B team.

"The object and purpose of mixing the systems is perhaps borne out of a false claim on heritage. The medical colleges in Kolkata, Chennai and Mumbai were established in 19th century and remain heritage of man. "Some of the sensational discoveries like the malarial parasite and its treatment were formulated in India. Modern medicine is as much Indian... Rapid strides in modern medicine like vaccination and chemotherapy of tuberculosis took their baby steps in India," Sharma added.

It said the IMA is prepared for the ensuing long-drawn struggle for existence and identity. All associations of the fraternity including the specialities and students are determined to resist this ill-advised adventure in national life, the IMA said, adding the health of generations of Indians is at stake. According to the November 20 gazette notification the procedures listed include removal of metallic and non-metallic foreign bodies from non-vital organs, excision of simple cyst or benign tumours (lipoma, fibroma, schwanoma etc) of non-vital organs, amputation of gangrene, traumatic wound management, foreign body removal from stomach, squint surgery, cataract surgery and functional endoscopic sinus surgery.